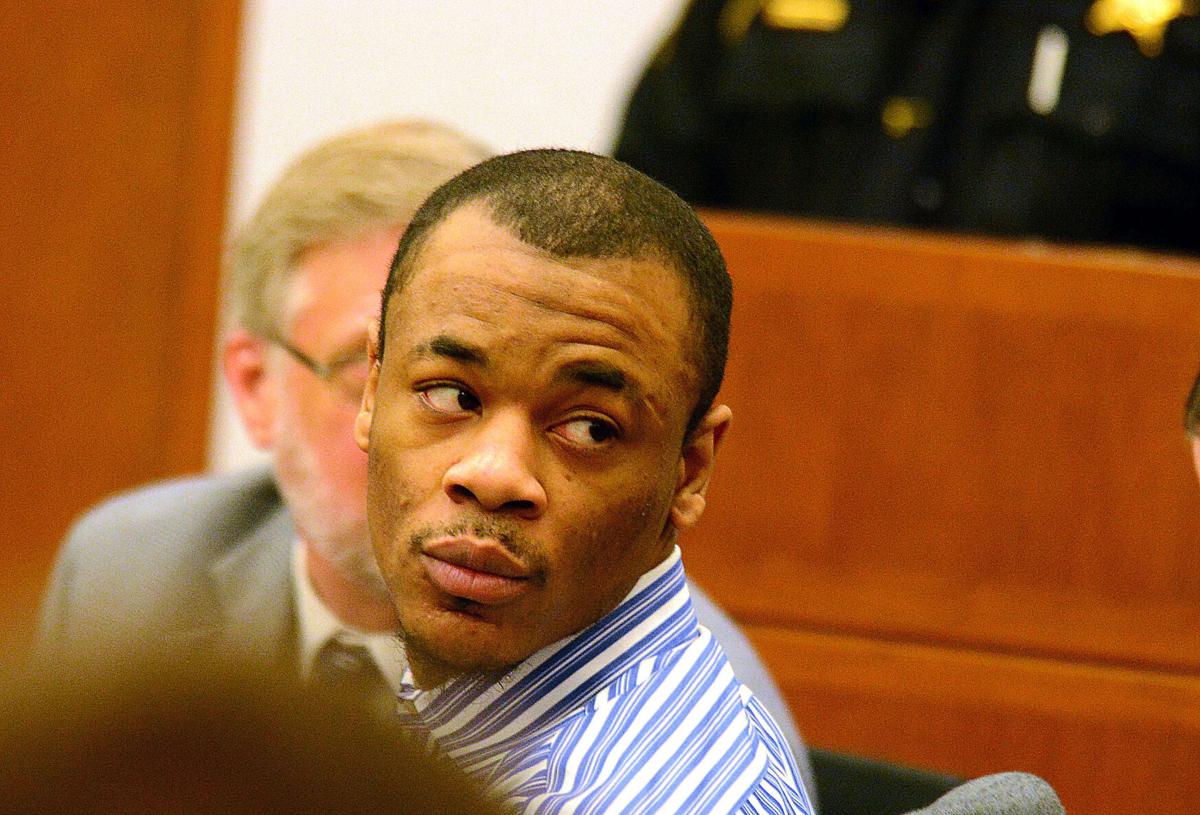 Defendant Jordan Rivera looks back over his shoulder at the court gallery after the jury’s verdicts were announced. Rivera was found guilty of accessory before the fact to the murders of Deidra Ramseur and Mark Wilson but not guilty of first-degree murder. 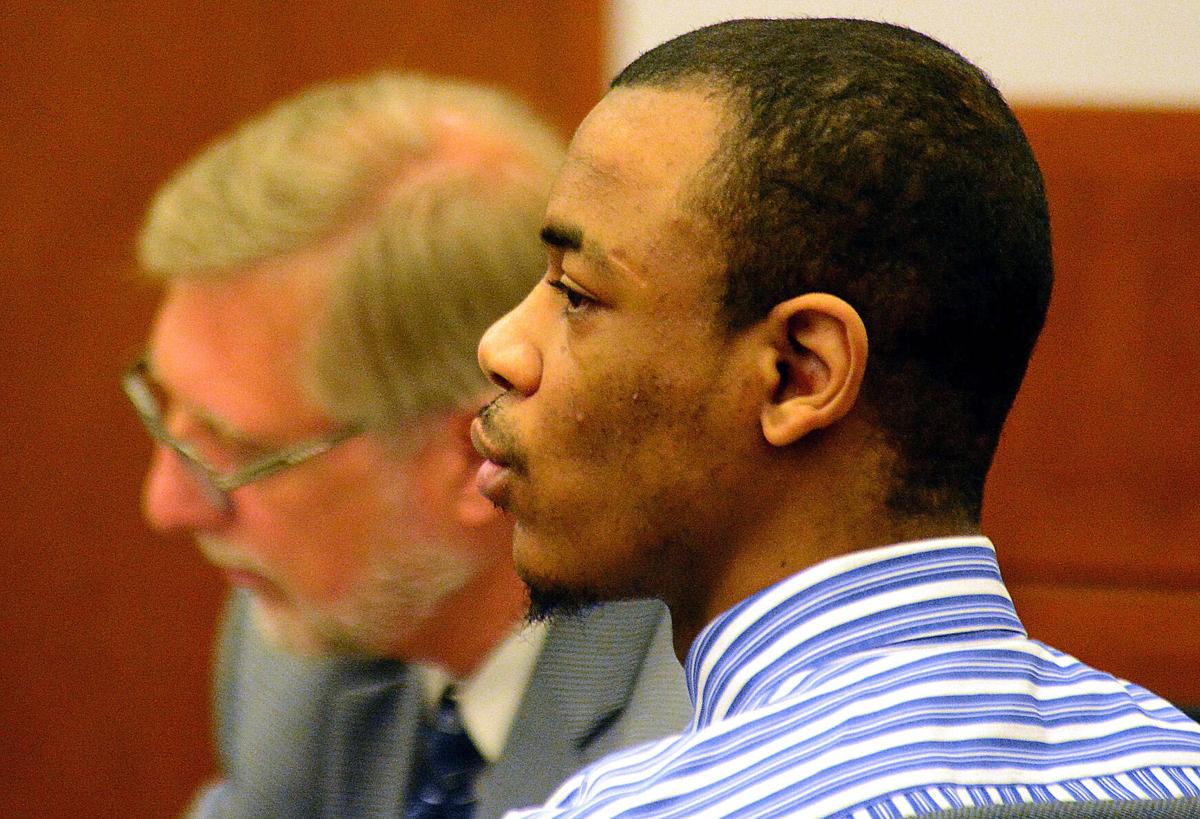 Defendant Jordan Rivera looks toward the jury during his court appearance on Monday. Rivera was convicted of accessory before the fact to murder, among other charges.

Latara Ramseur told the court Monday that she has not had a great day since her sister Deidra and Deidra’s boyfriend Mark Wilson were shot and killed in their Claremont home in March 2016.

However, for Latara Ramseur and her mother Teresa Rippy, Monday was a great day.

It was the day a jury convicted 28-year-old Hickory resident Jordan Rivera of accessory before the fact to the murders of Wilson and Deidra Ramseur, who was Rivera’s cousin.

The jury began deliberating on Friday and returned its verdicts Monday morning after roughly five hours of deliberation.

The prosecution led by Assistant District Attorneys Lance Sigmon and Sean Baetjer argued Rivera organized a group of men who went to rob and ultimately kill Deidra Ramseur and Wilson.

Reand Rivera, Ussery and Powell pleaded guilty to charges related to the case last year while Curtis is scheduled to stand trial in July.

Jordan Rivera’s attorney Victoria Jayne argued that Rivera and Deidra Ramseur had been reconnecting in recent years and he had no reason to want to harm either Ramseur or Wilson.

Superior Court Judge Athena Brooks imposed two life sentences for the accessory charges, as well as a lesser prison term for some of the other charges.

Prior to the sentencing, Rippy and Latara Ramseur spoke on behalf of the victims’ families. Their remarks combined both grief and gratitude for the outcome of the trial.

There was also anger, both over the loss of the victims and over the perceived smugness they said Rivera displayed throughout the trial.

“We had to watch people laugh, show no remorse,” Latara Ramseur said. “Like they didn’t have a care in the world and today I finally seen some people thinking about life, thinking about their life today after the fact.”

She added: “I wish nothing good for you or the co-defendants.”

At one point in her remarks, Latara Ramseur turned to Rivera’s mother Tonya: “Baby, don’t cry. You still get to see your son. You’ve got two mothers that will never see their kids again.”

Tonya Rivera did not speak before the court but said during a break that she was sorry for the pain the victims’ families had suffered.

“I apologize if y’all feel like I caused this,” Rivera said. “End of the day, I didn’t. I still stand on that.”

He said he was pained over Deidra Ramseur’s death and never directed anyone to go to Ramseur’s house. Rivera apologized to his own mother and told her to keep her head up.

Jayne said she would be appealing.

A 20-year-old Hickory man was identified as the victim of a homicide earlier this week.

Hickory police are investigating at least five open homicide cases from 2020 and the first six months of 2021. Only one arrest has been made i…

No charges were filed in a Valentine’s Day shooting outside the Stump Event Center that left one man dead. The Catawba County Sheriff’s Office…

A Hickory man has been charged with murder after a shooting incident in Newton, according to a Newton Police Department news release.

A Hickory man charged in a murder case in Newton was in Catawba County District Court Monday morning.

Armed with a box cutter, police say a man demanded a cashier give him all the money in the register at the Roses in Morganton, but only made out with a Sun Drop.

Defendant Jordan Rivera looks back over his shoulder at the court gallery after the jury’s verdicts were announced. Rivera was found guilty of accessory before the fact to the murders of Deidra Ramseur and Mark Wilson but not guilty of first-degree murder.

Defendant Jordan Rivera looks toward the jury during his court appearance on Monday. Rivera was convicted of accessory before the fact to murder, among other charges.