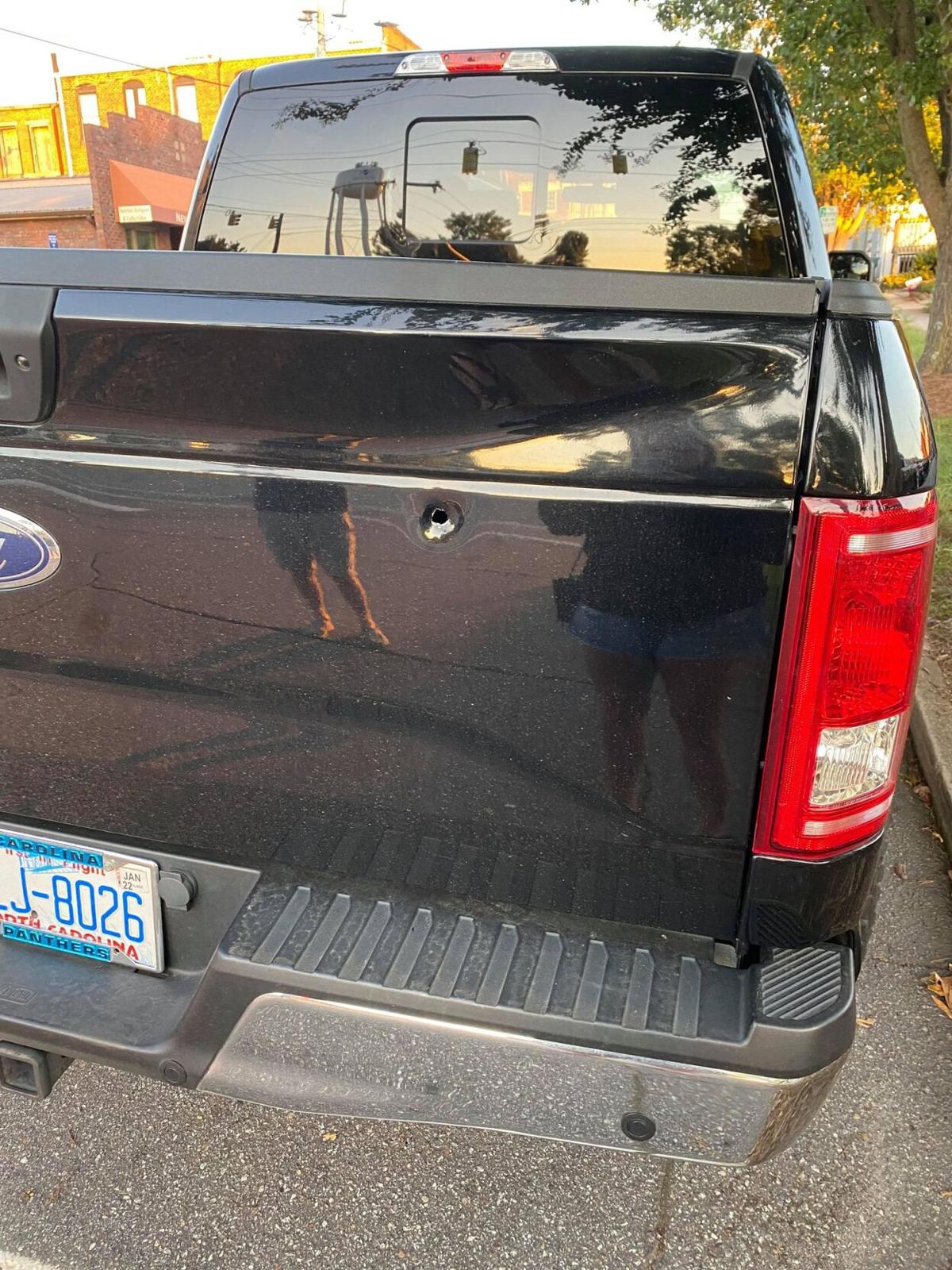 Hailey Rostan said her truck was shot Saturday while she and her husband were driving near downtown Hickory. 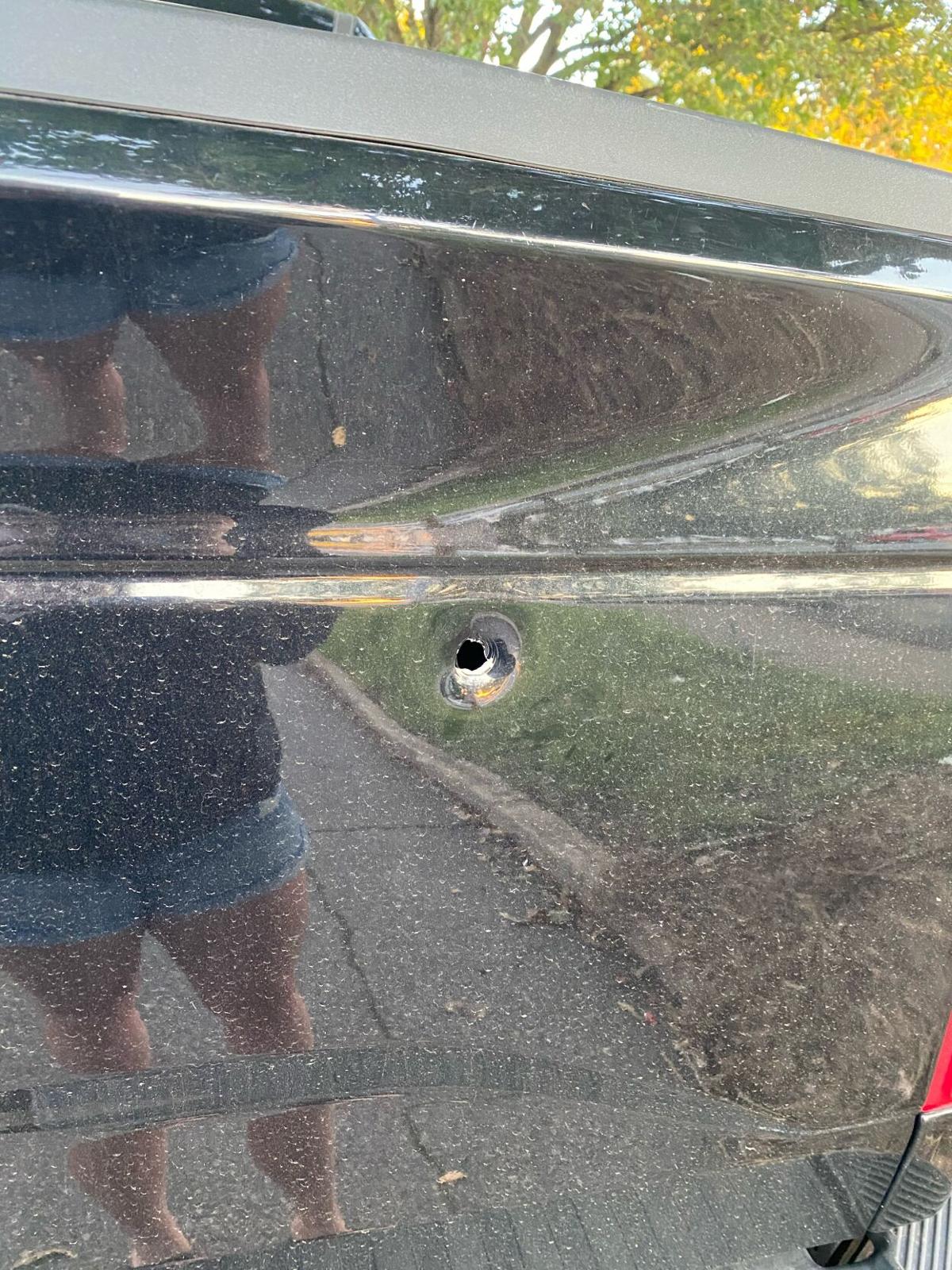 Hailey Rostan's Ford F-150 was damaged after she said she heard gunshots Saturday near downtown Hickory.

A Hickory couple said their vehicle was shot while they were driving in Hickory.

Hailey Rostan was traveling with her husband Andrew in a black Ford F-150 leaving the downtown Hickory area around 3:30 p.m. Saturday. They were at the intersection of N.C. 127 and Second Avenue SE when they heard four gunshots.

Rostan said she looked to see where the shots were coming from but could not see a shooter.

Neither of the Rostans were hurt so they continued on to Newton.

After leaving a restaurant in Newton, Rostan said they discovered a large hole in the tailgate of the vehicle. She said she thought the hole was caused by a bullet. “If it had hit just a little higher, I could have been hurt,” she said

The Rostans drove to the Hickory Police Department and spoke to an officer.

Rostan said she doesn’t think they were targeted for any reason. “Maybe it was just ricochet, or maybe our truck looked like someone else’s they were after.”

“Citizens should contact the police department when they hear gunshots, even if they are uncertain where the exact location of the source is,” Dieter said in an email.

She added that people should remove themselves from the area if they hear gunshots.

Report: Returning Syrian refugees at risk of abuse from government

These cool fins act as feet for this grumpy sea toad

These cool fins act as feet for this grumpy sea toad

Where Taliban and ex-soldiers face their wounds

Where Taliban and ex-soldiers face their wounds

In 2018, 22 men were charged as part of a six-month-long drug deal investigation in Hickory. Since then 16 of them have pleaded guilty, four c…

DA: No charges for Hickory officers in Corner Pocket shooting

A Hildebran man was sentenced to a minimum of 17 years in prison after he pleaded guilty to attempted murder, armed robbery and kidnapping cha…

A Hickory man will spend at least 15 years behind bars after he was sentenced in a Catawba County Superior Court on Monday.

Lenoir man sentenced for stealing more than $1 million from employers

A Newton man shot and killed a woman and then took his own life at the Newton newspaper office on Friday, the Newton Police Department confirm…

Hailey Rostan said her truck was shot Saturday while she and her husband were driving near downtown Hickory.

Hailey Rostan's Ford F-150 was damaged after she said she heard gunshots Saturday near downtown Hickory.