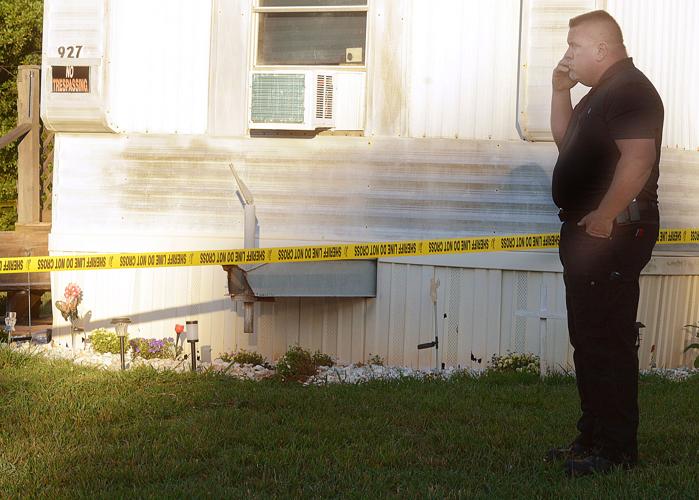 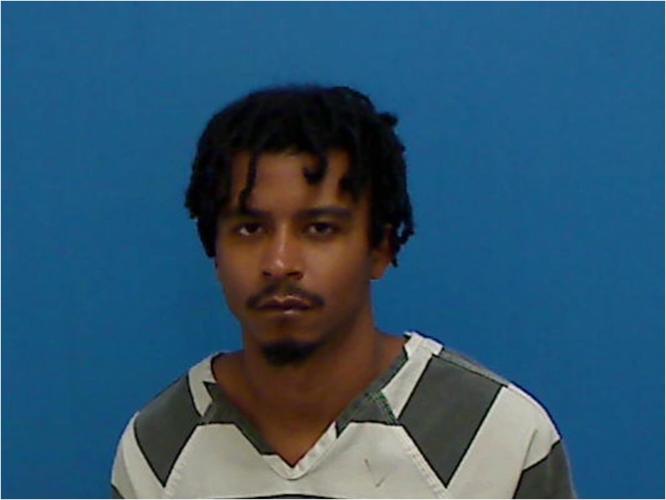 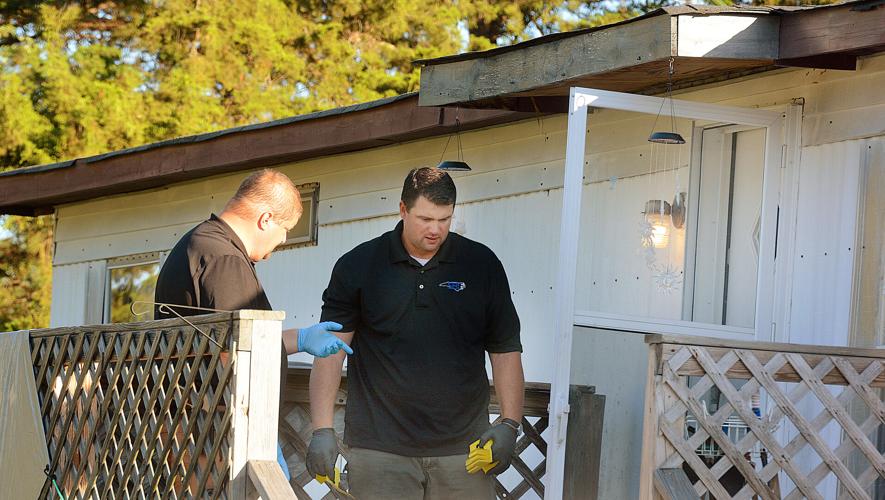 A Catawba County Sheriff’s Office investigator and an SBI special agent at the scene of a fatal shooting in St. Stephens area Sunday morning.

A woman injured in a shooting Sunday was still in critical condition Monday morning but is expected to live.

Shykwon Rashard Gibbs, 25, of Conover is charged with murder, attempted murder and first-degree burglary and is being held without bond.

Phillips called 911 and deputies responded to the call around 2:47 a.m., the sheriff’s office said in a press release.

“I need the police to come out here. There’s somebody banging on my door, and he’s got a gun,” Phillips said on the 911 call.

Phillips said in the call that the person at the door was her daughter’s boyfriend. While on the phone with the 911 operator, Phillips said the man broke through the door.

“He’s busted the door in,” Phillips said. “I need the police out here right now!”

Phillips can be heard saying “Get out of my house!” and yelling for help.

When deputies arrived, they found Johnson with serious gunshot wounds. Phillips was dead.

Gibbs was arrested at the scene, the sheriff’s office said.

He and Johnson were previously in a relationship and have a child together, Turk said. The child was not in the house at the time.

Johnson was taken to a hospital. The sheriff’s office would not release information on where she was shot.

Gibbs is scheduled to be in court Tuesday for his first appearance.

A federal jury in Statesville convicted Vincent Deritis, 33, of Hickory, on charges of sexual exploitation of a minor and possession of child …

A 20-year-old man and 39-year-old woman have been arrested on drug trafficking charges after deputies responded to an overdose call.

A Sherrills Ford man charged with sex crimes in Iredell County is a suspect in similar cases in Catawba County.

25-year-old charged in double shooting that left one dead, one injured

A 25-year-old man was charged in a double shooting in the St. Stephens area on Sunday morning. One person died and another was seriously injured.

Two more men have been charged in a June 2 shooting in Hickory that left an 18-year-old dead and two other young men injured.

A 15-year-old charged with murder in the shooting of 35-year-old Shonniel Blackburn surrendered to Hickory police on Friday, Hickory Police Ch…

One person is dead and another seriously injured after a shooting at home near St. Stephens Elementary School.

'I cry for my community:' Victims' families, police weigh in on gun violence in Hickory

Shonniel Blackburn was on the way to pick up his children when he was gunned down Monday at the Blue Ridge Heights Apartments, said his sister…

A Catawba County Sheriff’s Office investigator and an SBI special agent at the scene of a fatal shooting in St. Stephens area Sunday morning.