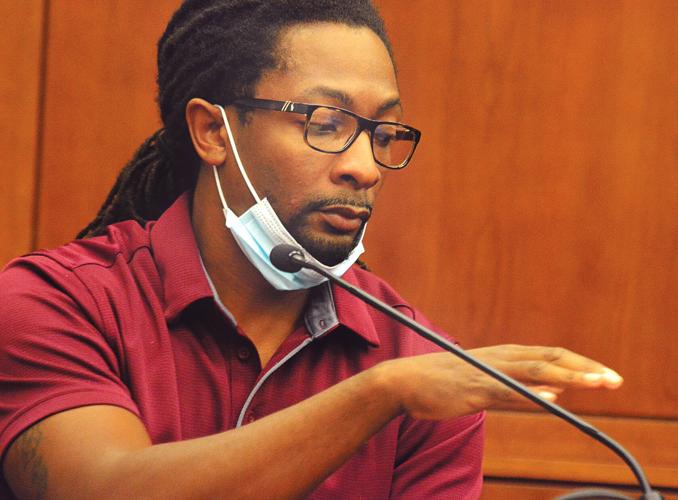 Witness Victor Wilson describes to the jury how he found the body of his deceased brother Mark Wilson during his testimony in the Arsenio Curtis murder trial in Catawba County Superior Court on Wednesday morning. 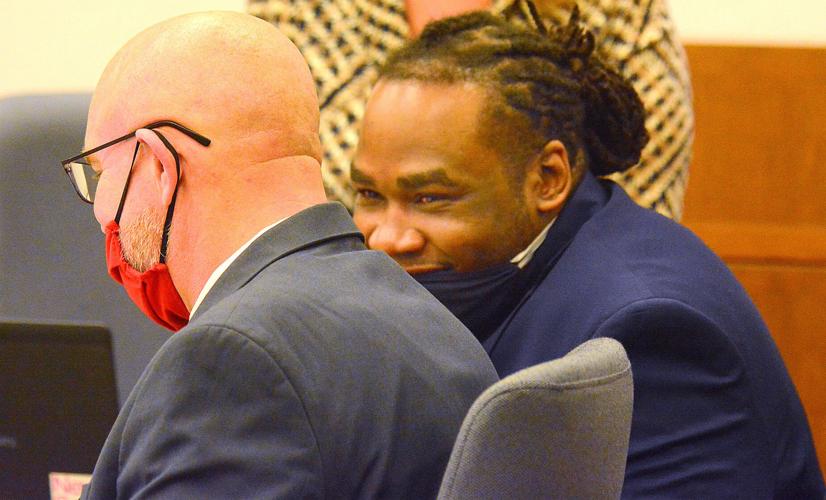 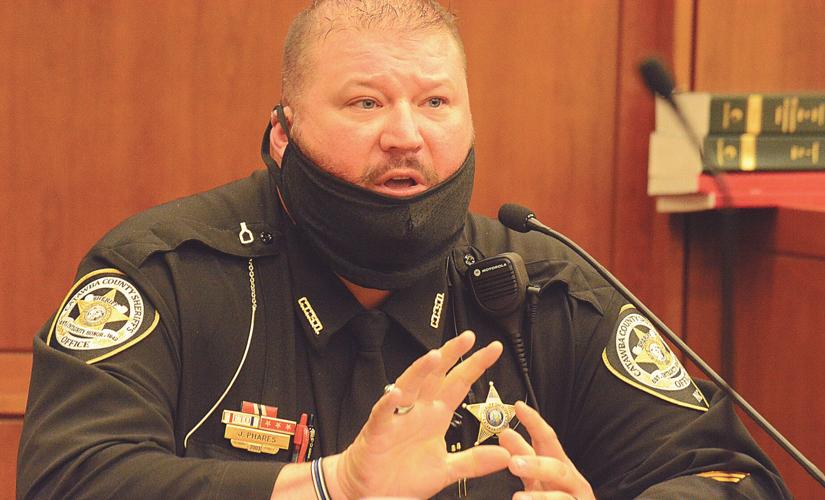 Deputy John Phares with Catawba County Sheriff's Office, explains to to the jury how he found the body of Mark Wilson at the scene of a shooting on Rest Home Road.

Victor Wilson’s 911 call was played in court Wednesday, an audible reminder of the pain and panic he felt in 2016.

Victor Wilson appeared in Catawba County Superior Court on Wednesday and testified that he found his brother Mark Wilson and Deidra Ramseur dead at their home in Claremont on March 14, 2016.

Arsenio Dewayne Curtis, 32, of Hickory, is one of five defendants charged in the deaths of Ramseur and Mark Wilson. He faces two counts of murder and the possibility of life in prison without parole if convicted.

Victor Wilson said he had a close relationship with his brother. He saw Mark at least once a week and talked to him on the phone every day. “We spoke every morning before work and every afternoon sometimes during work,” he said.

The last time Wilson saw his brother alive was earlier that month. “He came by my house on a Saturday night I believe. He put some new headlights in his car, and he wanted me to come out and look at them.”

On March 12, Victor Wilson spoke with his brother. The next day when he tried to reach Mark Wilson, Mark did not answer or call him back.

On March 14, Victor Wilson went with his sister to check on Mark. “When we got there I noticed my brother’s cars were there … So I knew that they were home,” he said.

Victor Wilson also saw a package left on his brother’s porch. “That kind of worried me, because I knew he was home and he hadn’t gotten the mail. When I looked at the door I noticed the hinge had been broken.”

He searched the house. Victor Wilson found Mark Wilson and Ramseur dead in the bedroom. “I saw my brother with his back against the wall facing the door,” he said. “He was shot … I saw Deidra on her knees bent over the bed, shot as well.”

Prosecutor Lance Sigmon played a recording of the 9-1-1 call from Victor Wilson that he made soon after finding the victims. Victor Wilson said in the 911 call that he couldn’t find his niece who he thought should have been in the home.

Catawba County Sheriff’s Deputy John Phares testified after Wilson. He said the 10-year-old girl was found with another relative.

Phares was the first deputy on the scene that day and secured the home.

Sigmon told Judge W. Todd Pomeroy that two of Curtis’ codefendants are expected to testify during this trial.

Codefendant Jordan Rivera was convicted of accessory to murder and sentenced to life in prison in June. Three other defendants in the killings — Reand Rivera, William Powell and Devin Ussery — pleaded guilty and were sentenced last year.

Man arrested in Vale after 2.5 hour search; he is charged with assault and communicating threats

This article was updated on May 20, 2022, at 3:03 p.m., with corrected information about the motion filed for medical records.

'We were all pawns in Donna's game:' Employees blast embezzling former CEO in letters to judge

Man charged with impersonating a cop; police say he sought discounts given to law officers

A Hickory man who police say lied about being a New York City police officer has been arrested.

Approximately 238 grams of heroin, 59 grams of cocaine and 19 grams of marijuana were seized during a traffic stop in Newton. Two people were …

A Taylorsville man was arrested in connection with the sexual assault of a juvenile female, police say.

'He need to pay:' Search continues for Conover man charged in wife's killing

Friday marked two weeks since Tinikia Hodges was found shot to death in her Conover home, and her husband Donald Hodges, who is charged with m…

Police seized more than 19 pounds of methamphetamine and $91,870 when officers arrested a Catawba County man this month.

A 35-year-old man has been charged after a woman was found dead by Hickory police on Sunday.

US to fly in baby formula on military contracted jets

Rent prices continue to soar across the United States

Rent prices continue to soar across the United States

Witness Victor Wilson describes to the jury how he found the body of his deceased brother Mark Wilson during his testimony in the Arsenio Curtis murder trial in Catawba County Superior Court on Wednesday morning.

Deputy John Phares with Catawba County Sheriff's Office, explains to to the jury how he found the body of Mark Wilson at the scene of a shooting on Rest Home Road.