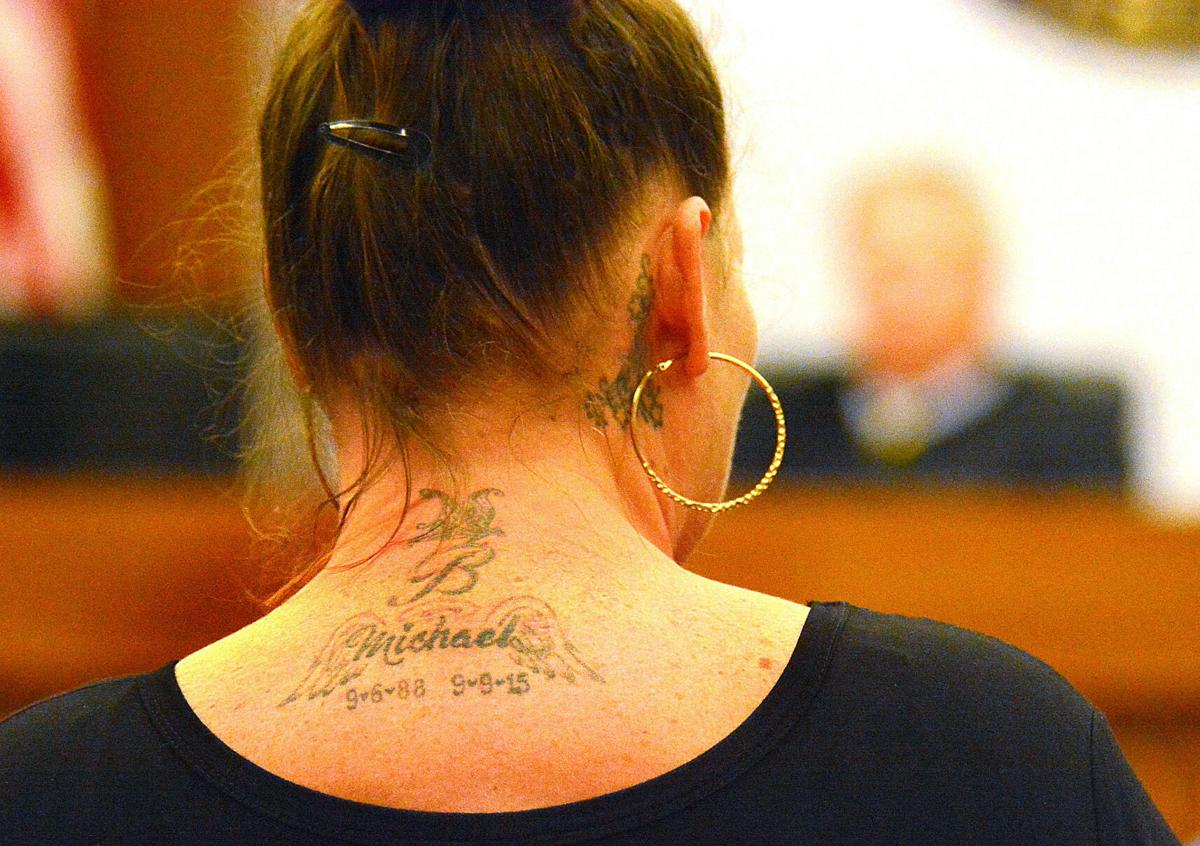 Isabel Lipford, the sister of murder victim Michael Beltran, was present in court as Daniel Williamson pleaded guilty in her brother's 2015 killing. A tattoo on the back of Lipford's neck pays tribute to her brother. 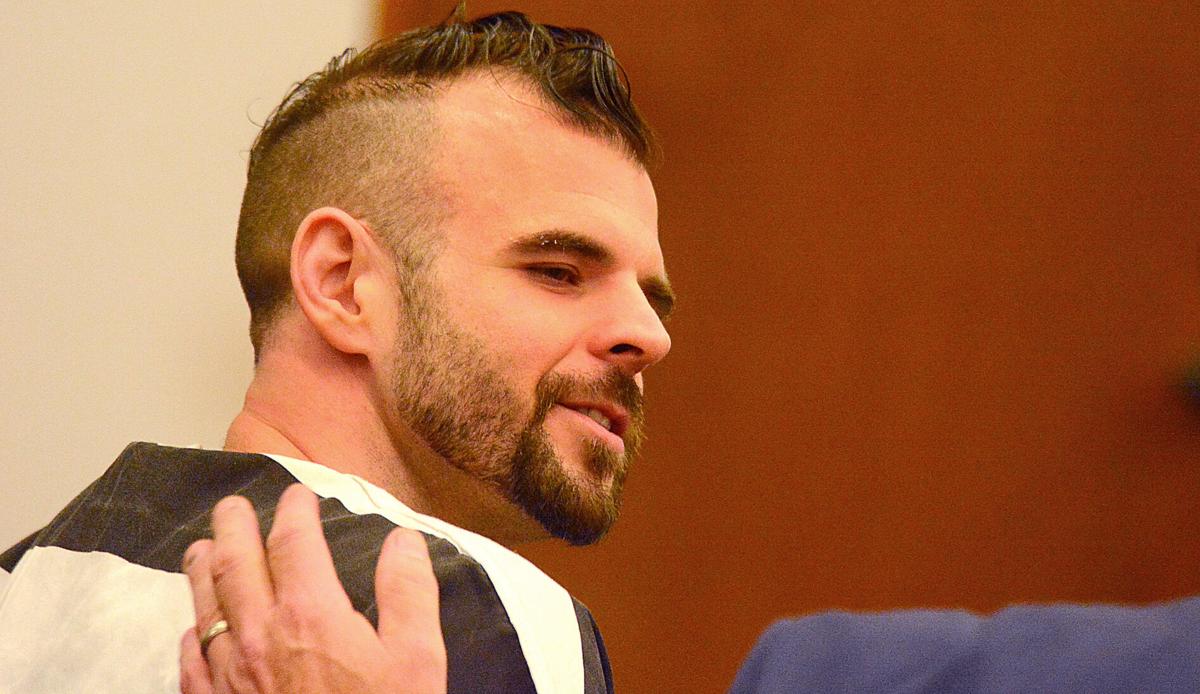 Daniel Williamson looks over to attorney Scott Matthews during a hearing in which he pleaded guilty to second-degree murder. The plea came as the result of an agreement with the N.C. Department of Justice.

Daniel Robert Williamson, 31, made the plea as part of an agreement with the N.C. Department of Justice.

The office was handling the case to avoid a conflict of interest. District Attorney Scott Reilly represented Williamson before he took office.

By taking the deal, Williamson avoided conviction on first-degree murder in the September 2015 killing of 27-year-old Vale resident Michael Beltran.

Williamson also pleaded guilty to felony assault with a deadly weapon inflicting serious injury for the shooting of Hickory resident Lisa Vanhoogen, which occurred at the same time as Beltran’s murder.

Williamson also pleaded guilty to misdemeanor charges of larceny and assault on a female from March 2020.

Superior Court Judge William Wood accepted Williamson’s plea and sentenced him to between 13 and 18 years in prison, the sentence the attorneys agreed to as part of the plea deal.

Williamson has already served more than three years in prison awaiting resolution of the case.

In his summary of the evidence, prosecutor Adren Harris said Williamson shot Beltran and Vanhoogen during an argument in his home in which Williamson accused the couple of being law enforcement informants.

Williamson’s attorney Scott Matthews attributed the shooting at least in part to Williamson’s drug use.

“His marriage dissolved in 2015, and unfortunately he turned to substance abuse,” Matthews said. “As the substance abuse will often do, it leads to destruction.”

Williamson made a brief statement to the court in which he talked about being a born-again Christian.

“I am truly sorry that all this has happened and that fateful night happened,” Williamson said. “I’m really thankful that God has spared me and allowed me a second chance.”

She was overcome with emotion as she addressed the court about her brother. Lipford talked about her close bond with Beltran and the daughter he left behind.

“He was more than just my brother,” Lipford said. “He meant a lot to me and I wish things were different.”

Several of Williamson’s family members were also present for the hearing.

Isabel Lipford, the sister of murder victim Michael Beltran, was present in court as Daniel Williamson pleaded guilty in her brother's 2015 killing. A tattoo on the back of Lipford's neck pays tribute to her brother.

Daniel Williamson looks over to attorney Scott Matthews during a hearing in which he pleaded guilty to second-degree murder. The plea came as the result of an agreement with the N.C. Department of Justice.