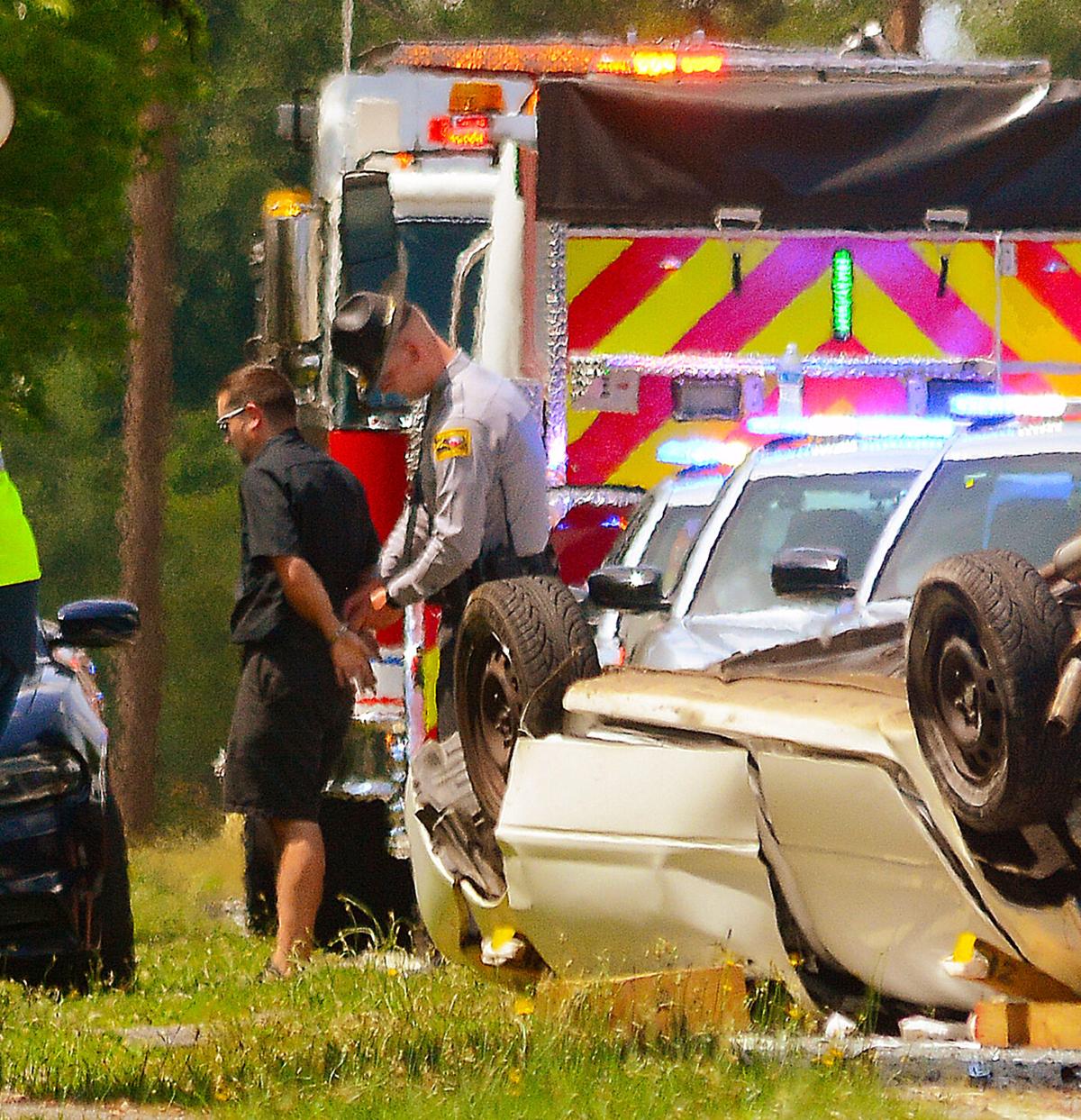 A NC Highway Patrol trooper, left, places handcuffs on a suspect at the scene of a multiple vehicle fatal accident on N.C. 127 south in Mountain View Friday afternoon 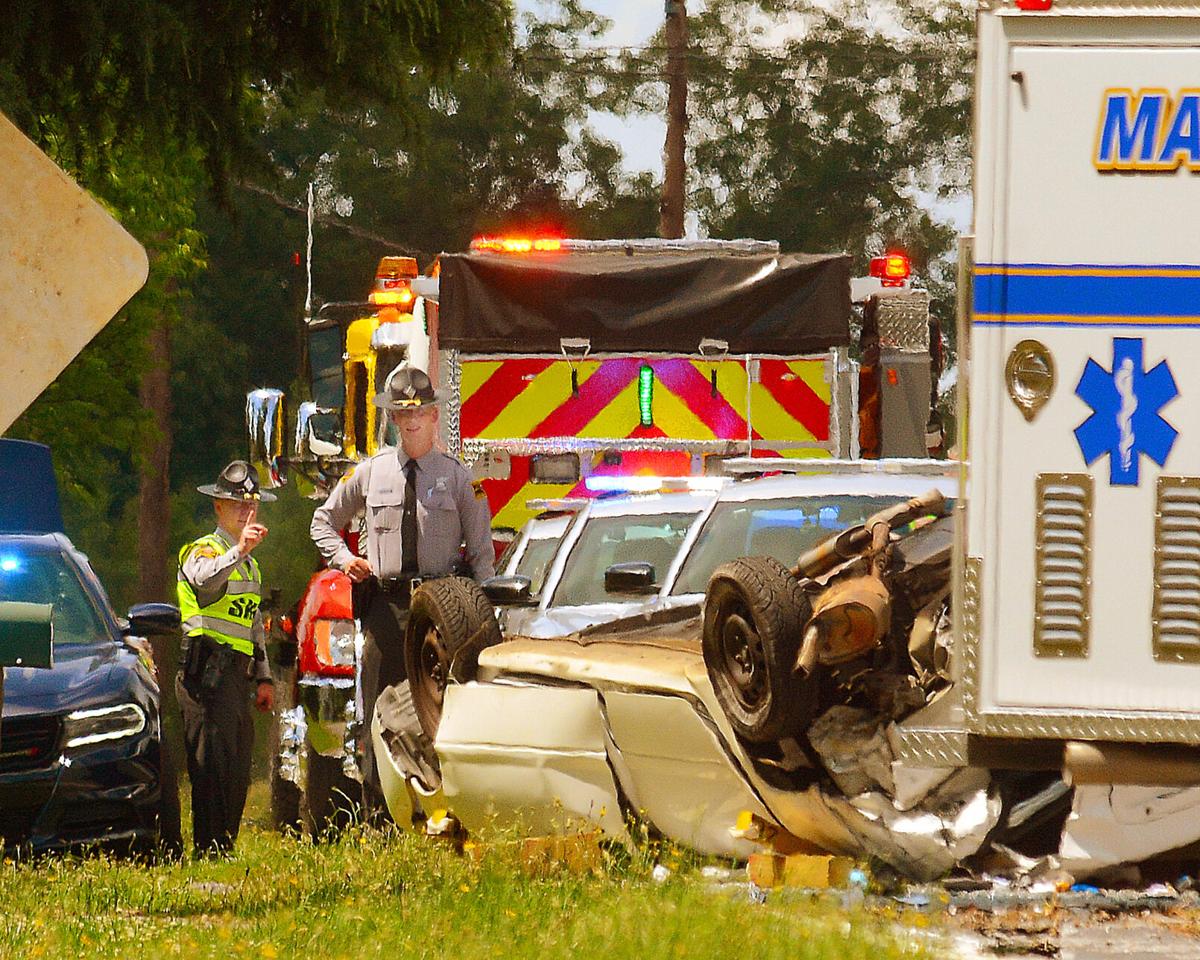 On Friday at about 2 p.m., the N.C. State Highway Patrol responded to and investigated a fatal collision in Catawba County on N.C. 127 near Valley Field Road, according to a news release from the highway patrol.

A 2004 Mitsubishi Lancer was traveling south on N.C. 127. It stopped in the roadway while waiting for traffic to clear before turning left into a private driveway. A 2015 Chrysler Town & Country van was traveling south, failed to adequately reduce speed, attempted to swerve, but ended up rear-ending the Mitsubishi. The car was forced across the centerline and collided with a northbound 2012 Toyota Tundra pickup truck, according to the release.

The driver of the Mitsubishi, Betty Hilton Shook, 89, of Hickory, died at the scene. The driver of the Toyota, Jeffrey David Clark, 51, of Mocksville, was transported by EMS to a local hospital with non-life-threatening injuries.

The driver of the Chrysler, Michael Christopher Isenhour, 33, of Cherryville, was not injured. He has been charged with failing to reduce speed and misdemeanor death by vehicle.

Traffic was detoured around the area while N.C. 127 was closed for over two hours during the on-scene investigation.

Burke sheriff: Deputy back on duty, suspect didn’t pass out during arrest

CONNELLY SPRINGS — A deputy went back on duty Friday and a use of force policy may be revised after a video captured a man appearing to collapse while the deputy had his arm wrapped around his shoulders and neck.

The trustees of the Balls Creek Campground are offering a $5,000 reward for information leading to the conviction of any individuals responsib…

A NC Highway Patrol trooper, left, places handcuffs on a suspect at the scene of a multiple vehicle fatal accident on N.C. 127 south in Mountain View Friday afternoon