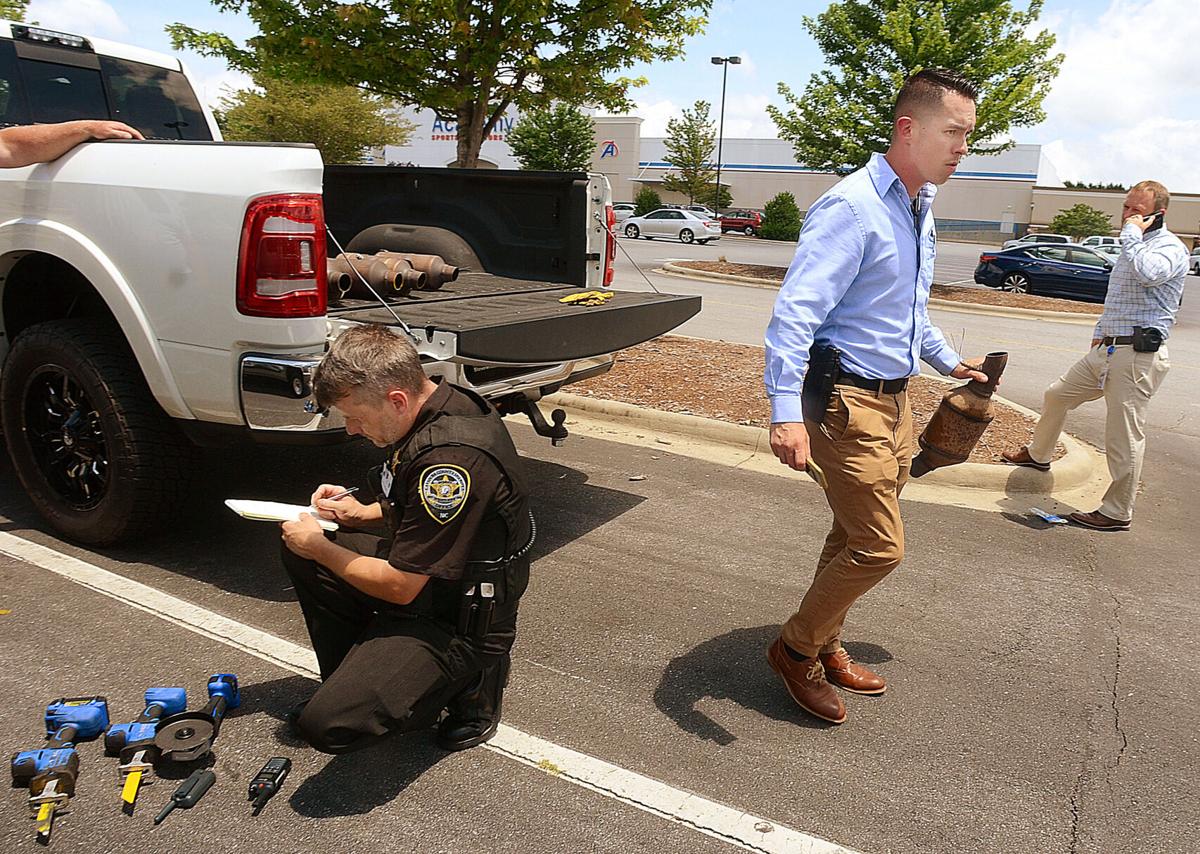 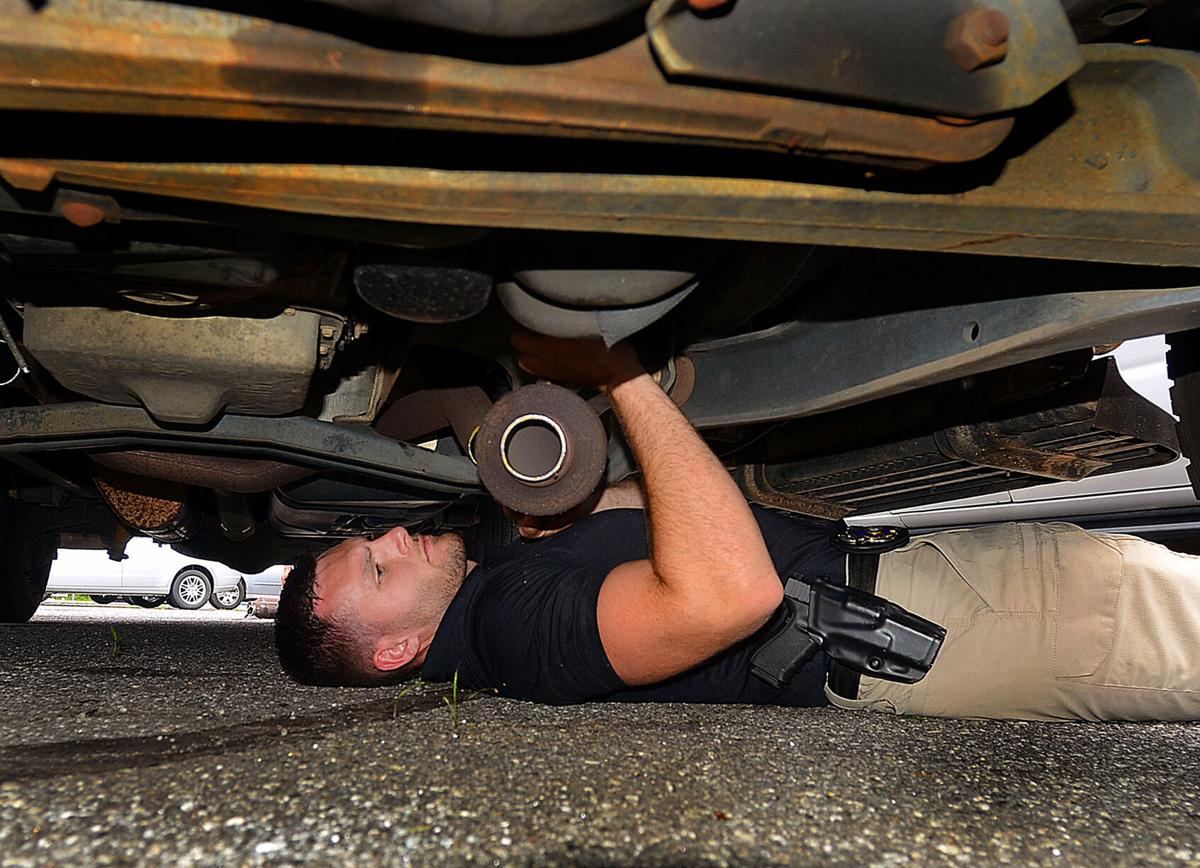 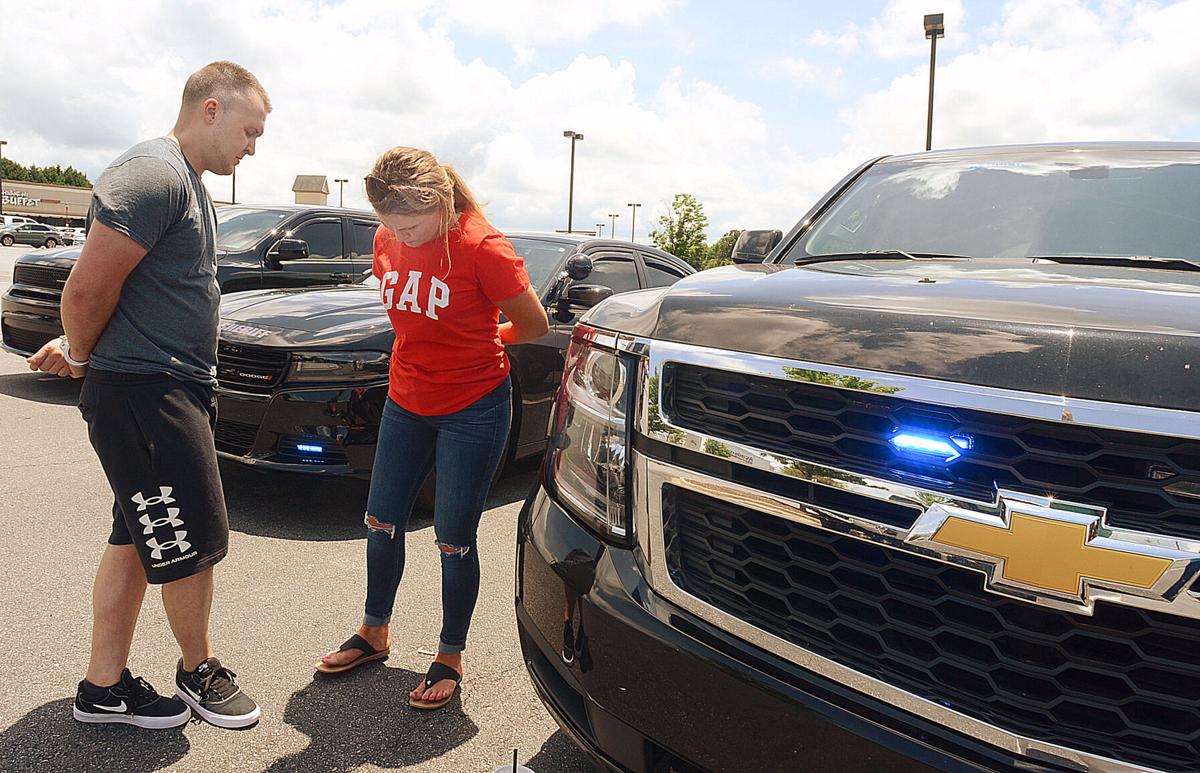 Catawba County Sheriff’s Office investigator Mike Crisp said deputies were patrolling the area and spotted David Brandon Campbell, 28, and Tara Suzanne Barber, 31, selling the converters. Both are homeless, according to investigators on scene.

Along with six catalytic converters, investigators also discovered methamphetamine, heroin and cutting tools in a vehicle believed to be owned by Campbell.

Two hours after deputies discovered the converters, a source told them six converters were missing from trucks at a blood donation center, OneBlood, located just across U.S. 70 SE.

Crisp, along with Hickory Police investigators, made their way over to the donation center to see if the converters were a match. They were.

Crisp said the county has seen a rise in catalytic converter thefts. “We had heard they are making around $800 for one converter,” he said.

He added that a common target for catalytic converter thefts is church buses as they aren’t used very often.

Investigators don’t believe any one group is responsible for the rise in thefts of catalytic converters. “There’s not a certain group that’s doing it,” Crisp said. “It’s everybody that’s out like a free-for-all.”

Questions remain as fugitive search comes to an end; couple wanted in January shooting death were captured in Phoenix

A frantic flight from a Hickory furniture factory in January ended Tuesday with two arrests by U.S. Marshals in a Phoenix neighborhood.

Extradition and lawsuit: The latest in the Alexander County fugitive case

A fugitive couple in custody in Arizona have waived extradition, paving the way for their transfer back to North Carolina, District Attorney S…

Man charged after chase with deputy in Hickory; police say driver was involved in drag race on U.S. 70