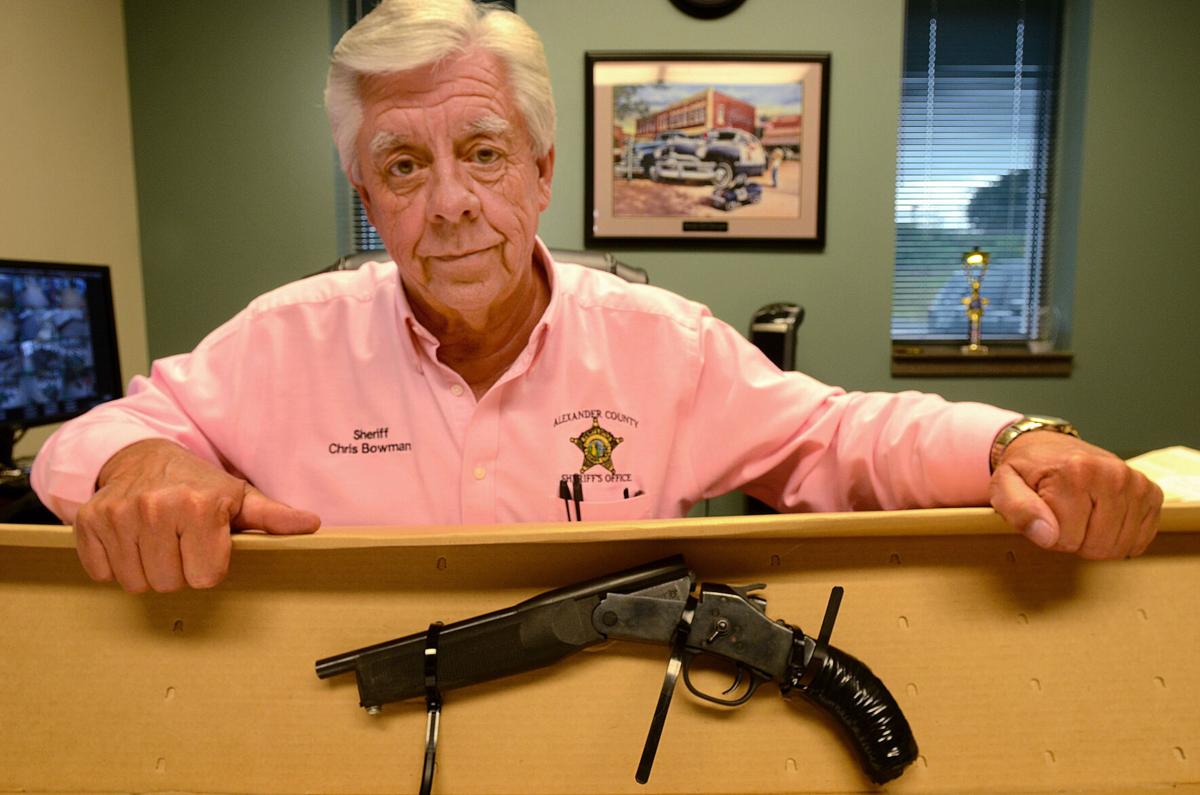 Deputies with the Alexander County Sheriff’s Office confiscated an altered gun while searching a vehicle. Sheriff Chris Bowman said altering a weapon can be dangerous for both the user and bystanders.

On Sept. 10, deputies with the Alexander County Sheriff’s Office arrested Jennifer Lee Haun, 40, of Hiddenite and charged her with felony possession of a controlled substance during a traffic stop. While searching Haun’s vehicle, deputies found an altered .410 shotgun in her purse, Bowman said.

Haun was also charged with carrying a concealed weapon and possession of a weapon of mass destruction.

The barrel of the gun was cut to about 10 inches and the handle changed so it could be held like a pistol. It’s illegal for any shotgun barrel to be less than 18 inches, according to Bowman.

Bowman said the main reason someone would alter a shotgun barrel to be shorter would be to conceal it, but this can cause a number of issues.

“The shorter the barrel, the quicker the shots come out and spread,” Bowman explained.

He said by shortening the barrel, the user has far less control and accuracy. “If used around a group of people, it can cause serious harm or death.”

In rare cases, an altered gun could also explode and harm the user, according to Bowman.

“Any time you alter a weapon from a manufacturer, you are increasing your chances of getting hurt,” Bowman said.

Maj. Mark St. Clair said that when altering a gun of any kind, it should be taken to a professional gunsmith, someone who knows what they are doing and understands the law. “If you don’t have any knowledge on guns, you shouldn’t change barrels and parts,” he said.