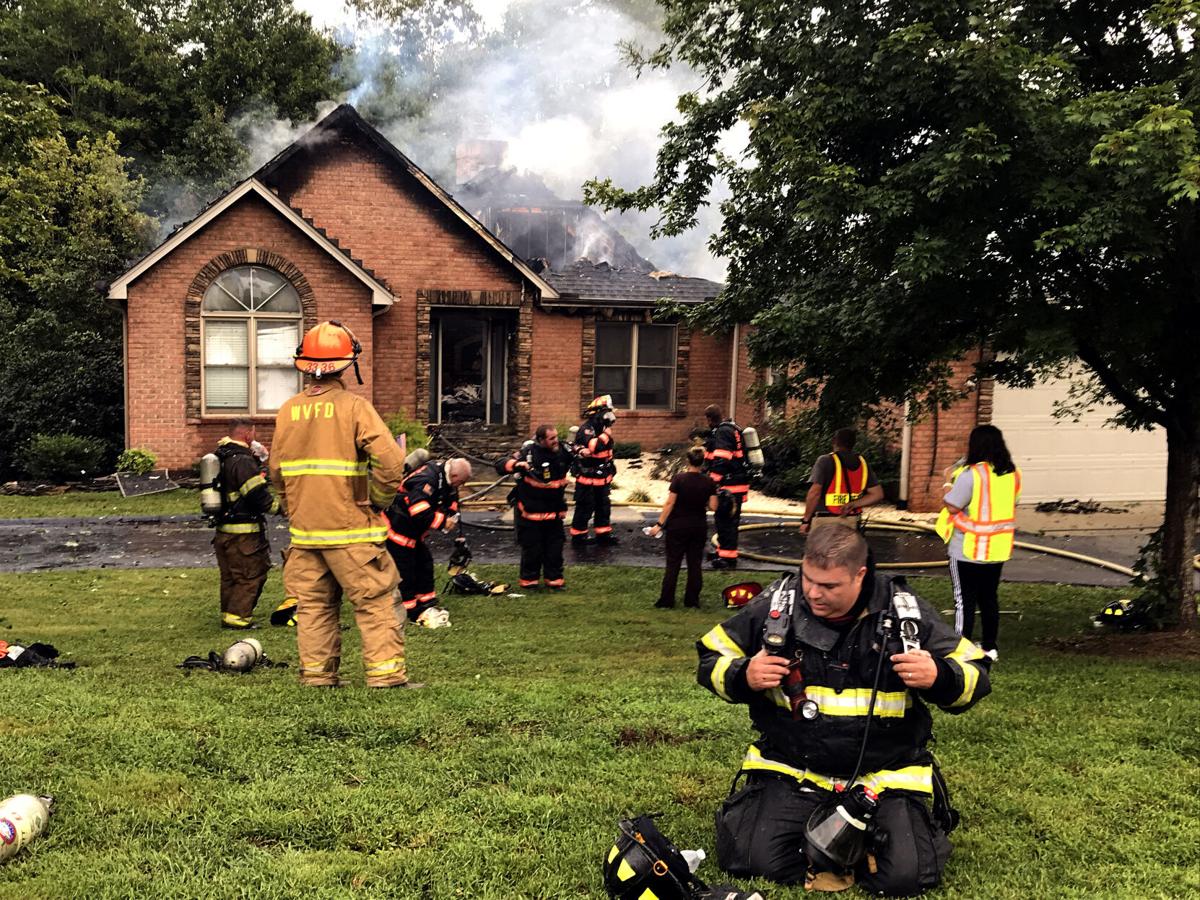 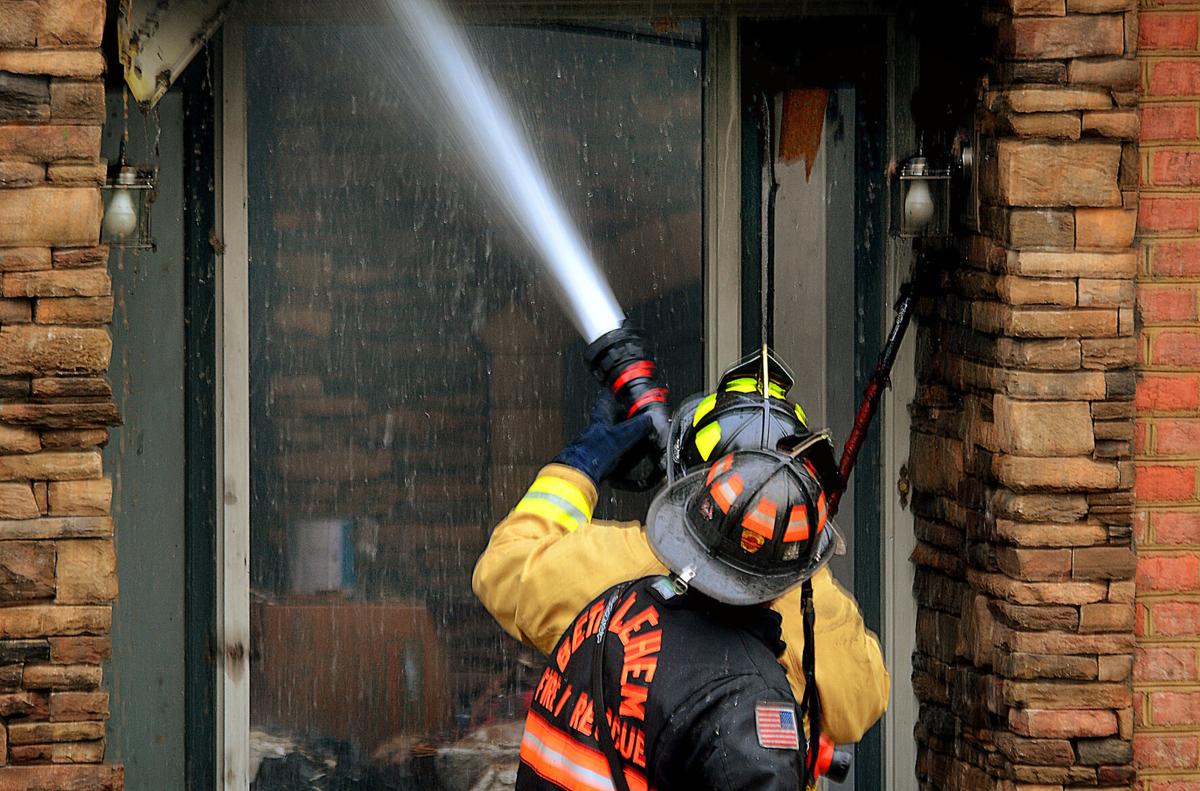 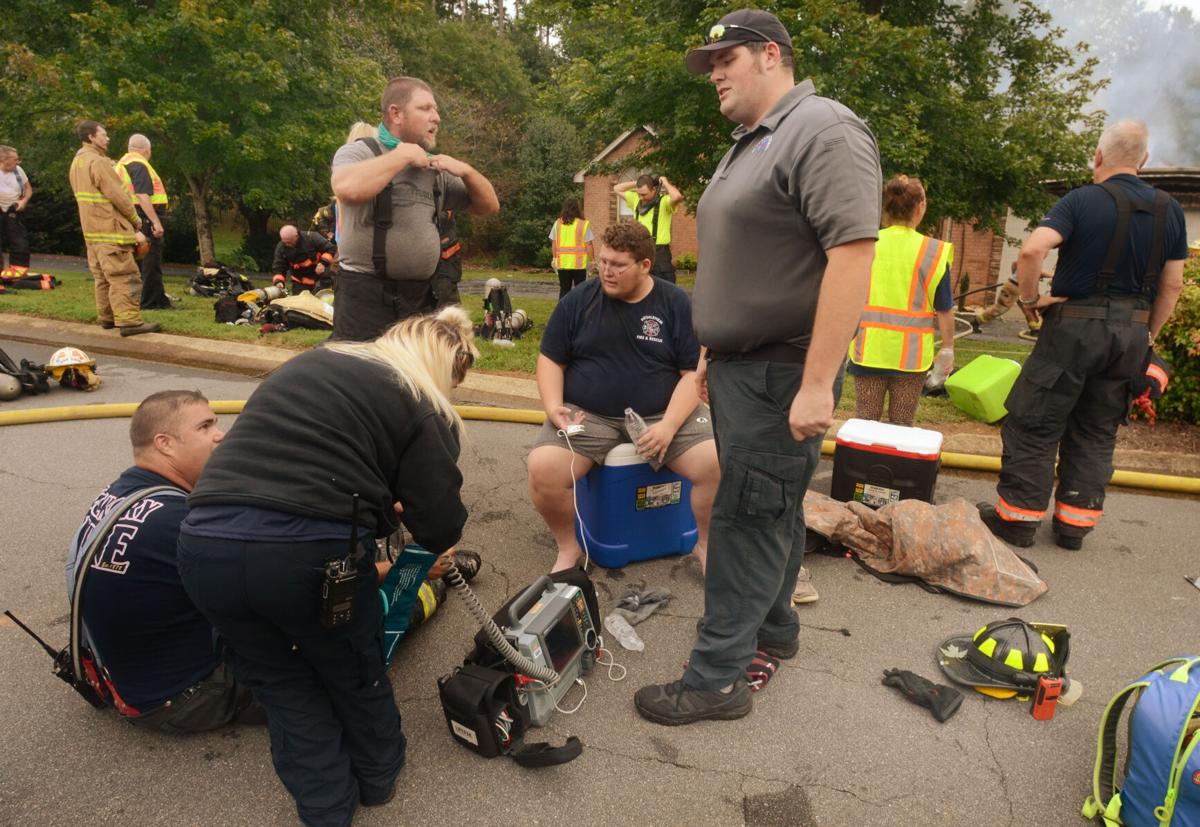 Alexander County EMS check out firefighters during a residential fire on Alexander Pointe Drive in Bethlehem.

Bethlehem Fire Chief Ashley Starnes said the fire had burned through part of the attic when the first unit of firefighters arrived at the house, located on Alexander Pointe Drive, around 5:20 p.m. on Wednesday. No one was home at the time.

Starnes said firefighters immediately deployed hose lines and worked to contain the fire in the attic from the outside. They soon had to kick in the front door and begin fighting the blaze from the inside of the home.

The fire was brought under control around 5:48 p.m. Starnes said firefighters remained on scene until 11:30 p.m. while the Alexander County Fire Marshal and the State Fire Marshal began their investigation to discover the cause.

Starnes said one firefighter was transported by EMS to a local hospital due to dehydration but was released before firefighters cleared the scene at the house.

Firefighters from Hickory, Wittenburg and Ellendale departments were also on scene on Wednesday.

WATCH NOW: Man hospitalized after being struck while on lawn mower

HICKORY — A Hickory man was transported to a local hospital after being struck by a vehicle while on his lawn mower Thursday afternoon.

Evictions were halted in North Carolina for much of this year, but since late June,  Catawba County has seen hundreds of evictions filed and l…

Residents in and near Long View should keep their eyes open and be sure to keep away from bears wandering around in the area.

A Newton man and woman were injured in a wreck on Hwy. 70 over the weekend. Both were transported by helicopter to Charlotte. As of Monday, bo…

Alexander County EMS check out firefighters during a residential fire on Alexander Pointe Drive in Bethlehem.