Cause of explosion at OneH2 may never be found; neighbors ask the company to move to a safer location
0 Comments
Share this
{{featured_button_text}}
1 of 4 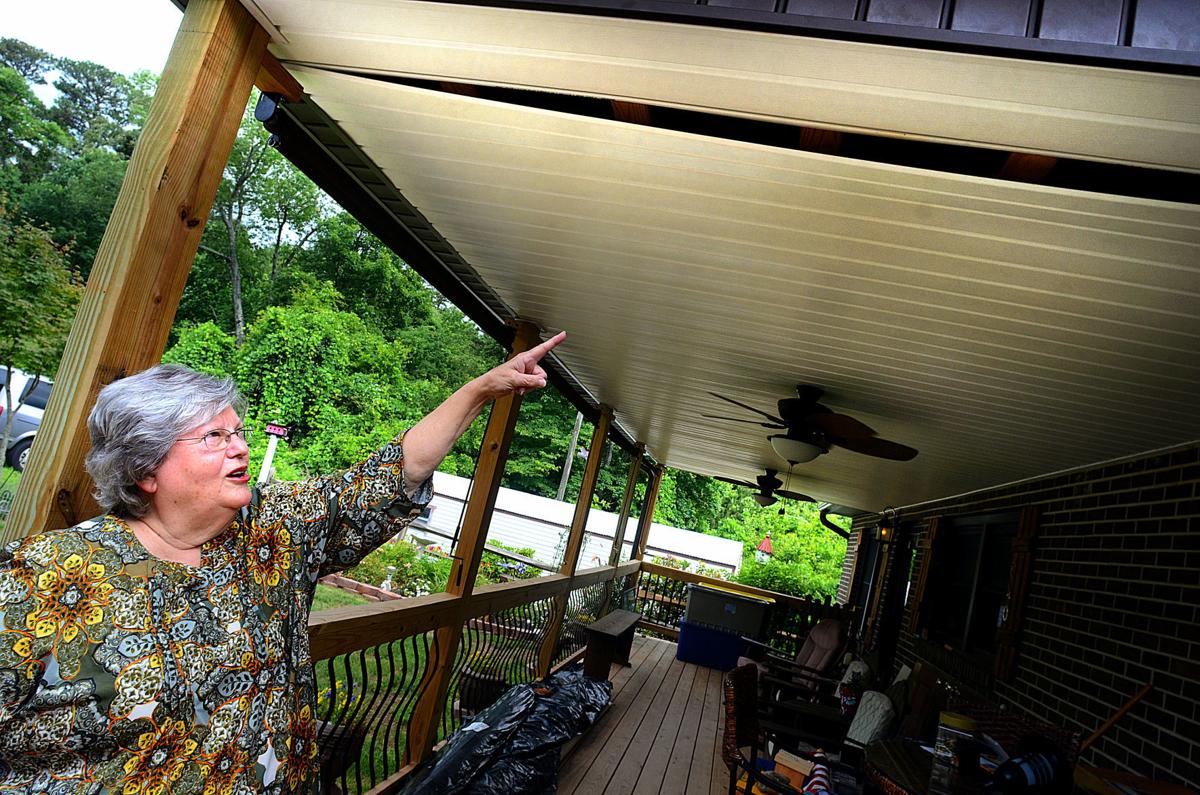 Doris Bolick points to where her front porch ceiling is separating from the house. She said the damage was caused by the explosion at OneH2 plant in Long View. 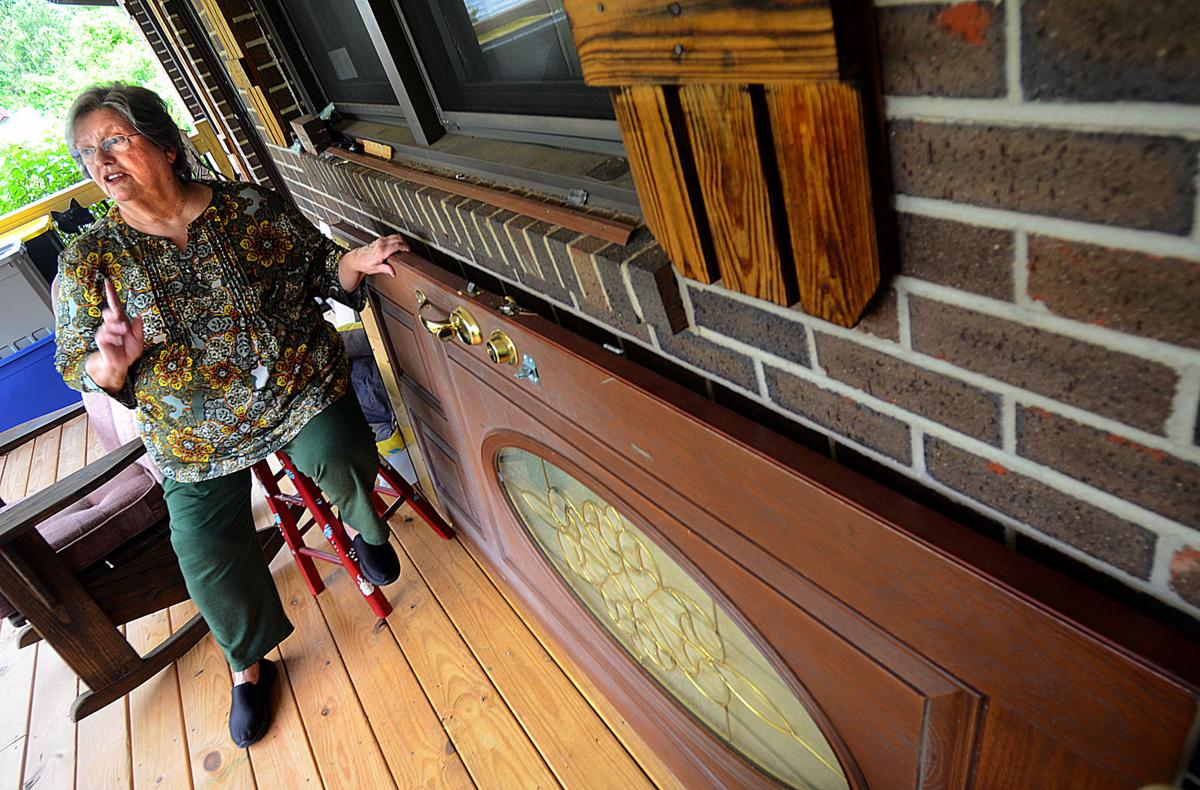 Doris Bolick rests her hand on what was once her front door as she discusses how the explosion at the OneH2 plant in Long View blew this door off its hinges. 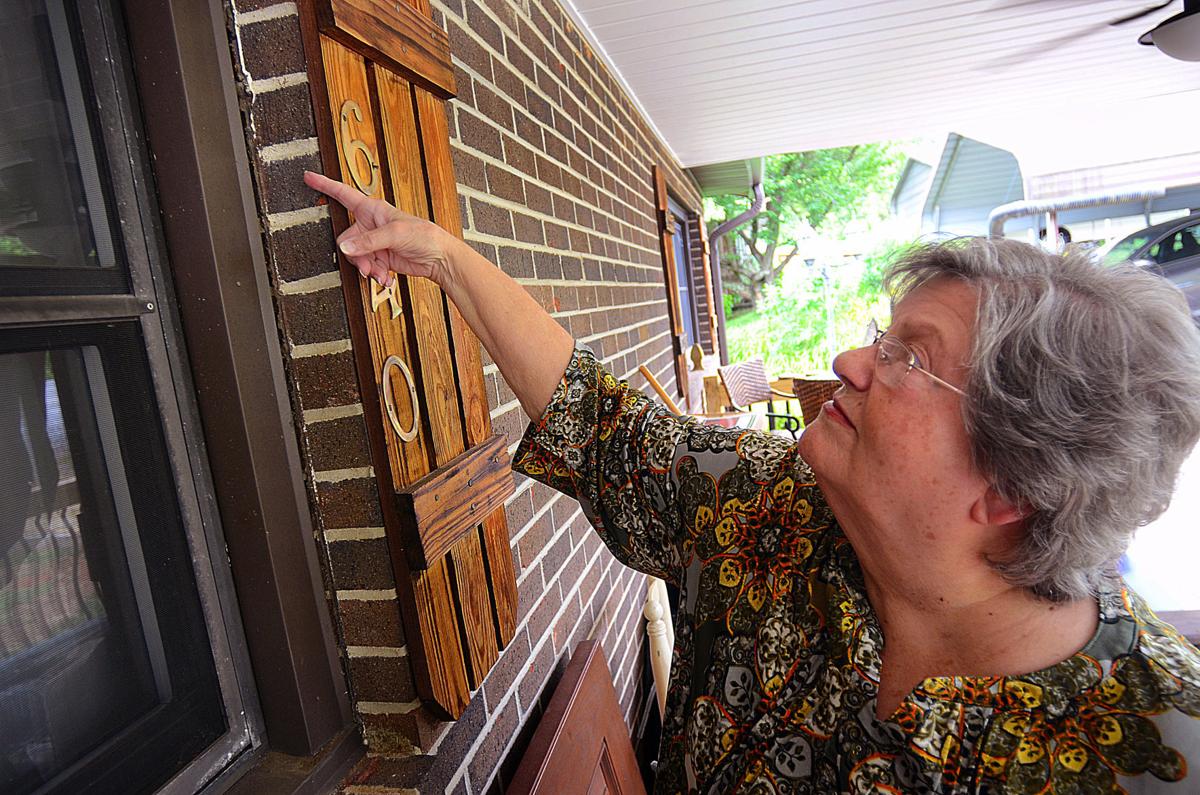 Doris Bolick shows where the explosion at the OneH2 plant in Long View separated a window frame from her brick home. 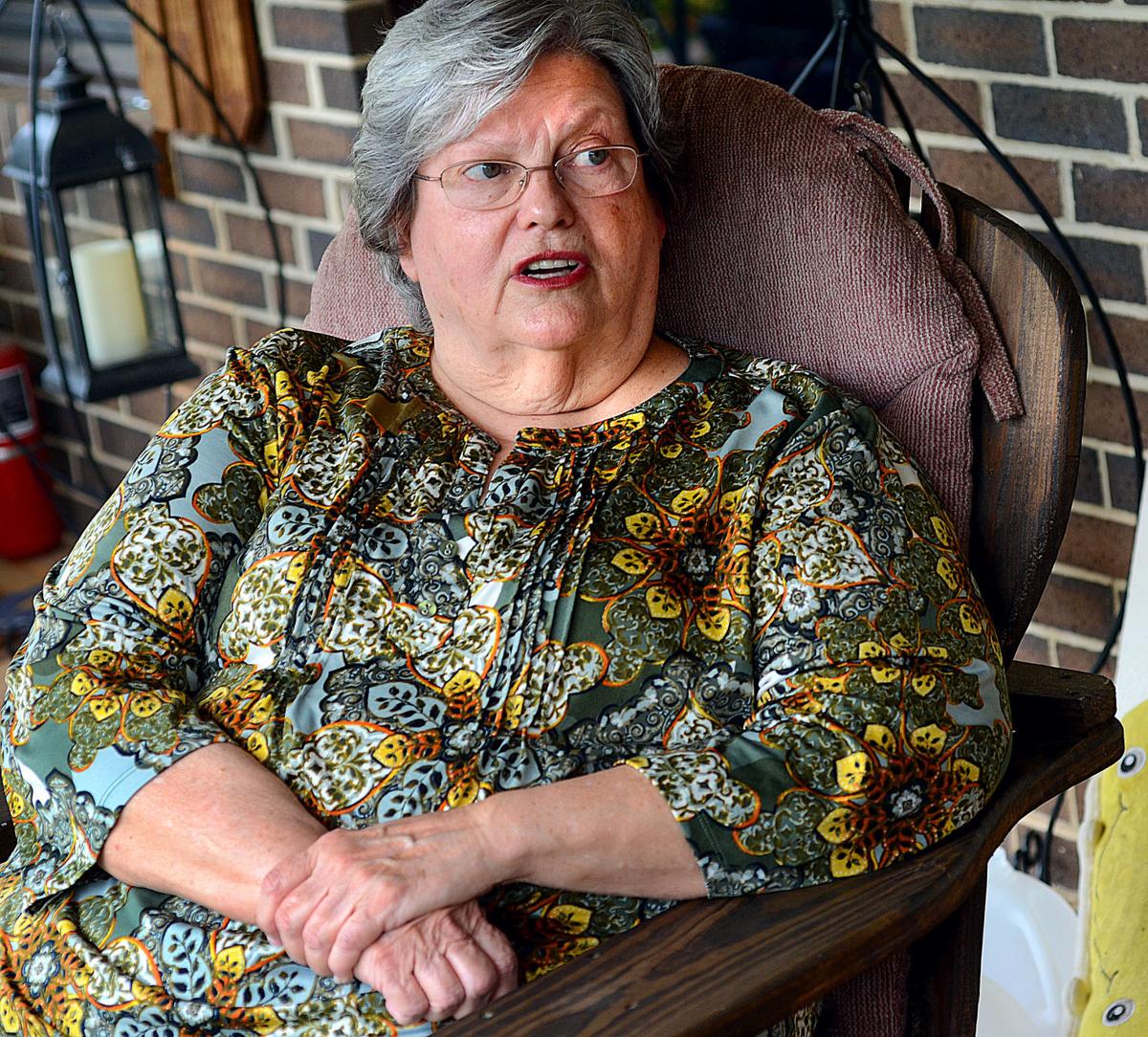 Doris Bolick sits on her front porch as she expresses her concerns about the OneH2 plant in Long View.

The cause of an explosion at a hydrogen fuel plant in Long View remains a mystery.

But it is clear to people living near the plant that the business should move for the safety of the neighborhood.

On April 7, an explosion at the hydrogen fuel plant blew a large hole in the side of the building and damaged nearby homes. Windows shattered and doors were knocked from their hinges in residences close to the OneH2 location.

Two months later, the plant’s neighbors have questions that remain unanswered, including what caused the explosion.

Amy McCauley, communications and marketing director for Catawba County, said a cause had not been determined as of June 9. “… it is possible we may never know what caused the explosion,” she said.

OneH2 did not respond to requests for a comment.

No one died in the blast. But people were hurt — financially and physically.

Doris Bolick lives directly behind the plant. She was home at the time of the explosion. “You wouldn’t believe the sound,” she said. “This close and I could see a fire ball.”

Bolick said most of the windows, her front door and the walls of her home were damaged by the blast. Repairs are ongoing. Her old door still sits on the front porch.

She said she experienced hearing loss following the explosion and saw her doctor about it. She said the doctor told her that the blast caused her hearing difficulties, as well as a ringing in her ears. Bolick said the ringing has “calmed some” in the past few weeks.

Bolick’s neighbor, Sarah Smith, said her home was damaged, too. She said her husband, Julious, is making repairs. “A lot of damage was to our ceilings,” she said.

Smith said an insurance company told her she would continue to find damage to the home for at least two more years.

Bolick said she is frightened that it will happen again because it’s been two months and there are no good answers on how the blast occurred.

She wants the company to move away from the neighborhood.

“I don’t want anyone to lose their job,” she said. “I don’t want them to go out of business, just for them to move to a safer area.”

Bolick has lived in Long View near the plant since 1974 and she said moving isn’t an option for her. “We were here first,” she said.

The building that houses OneH2 was previously occupied by a tool manufacturer.

Smith agreed that the business should move.

“I would like to see them move, but if not then I want to see a buffer wall be put up there,” Smith said. “Two feet thick, 10 feet high, all the way around that building.”

“We didn’t ask to be put through this,” she said. “For the last two months it’s just been a nightmare for us.”

Long View Fire Chief James Brinkley said he lives near the plant and doesn’t feel less safe with the business remaining in the area. “Things happen,” he said. “Anytime you use pressurized gas there is a chance for it to explode.”

Brinkley explained that propane tanks found in many households also have a chance to explode.

He said Long View fire officials visited the company following the explosion to observe safety measures. “They (OneH2) are looking at improving the thing they are doing,” he said.

Smith and Bolick both said they plan to continue to talk to Long View leaders to see what can be done to help them feel more safe.

Long View Mayor Marla Thompson said she has spoken with the CEO of OneH2, Paul Dawson, about what is next for the company. She said OneH2 will likely resume operations at a later date while looking into how to make the company safer.

“We deliver hydrogen fuel that’s ready for “immediate use” — already converted to high-pressure gaseous fuel that takes only minutes to dispense. Our system monitors your daily fuel usage through web-based telemetics to alert us when to schedule the next fuel delivery and trailer swapout.”

A section of one of the 40-ton wooden Hickory arches splintered as workers were preparing to put it in place in April, according to documents …

Wreck on I-40 backs up traffic Monday morning

A wreck on I-40 east has traffic backed up near Conover.

A 20-year-old Hickory man was identified as the victim of a homicide earlier this week.

Update: No charges expected after pedestrian struck by truck in Hickory on Monday afternoon

A man was in stable condition after being hit by a truck on Second Street NE near St. Aloysius Catholic Church on Monday afternoon.

A multi-vehicle crash Friday afternoon left at least one person dead in Catawba County, according to reports from the scene.

Two vehicles involved in a wreck in Hickory on Tuesday

Two cars were involved in a wreck at the intersection of Eighth Street NE and 10th Avenue NE on Tuesday afternoon. Minor injuries were reporte…

Hickory police are investigating at least five open homicide cases from 2020 and the first six months of 2021. Only one arrest has been made i…

Doris Bolick points to where her front porch ceiling is separating from the house. She said the damage was caused by the explosion at OneH2 plant in Long View.

Doris Bolick rests her hand on what was once her front door as she discusses how the explosion at the OneH2 plant in Long View blew this door off its hinges.

Doris Bolick shows where the explosion at the OneH2 plant in Long View separated a window frame from her brick home.

Doris Bolick sits on her front porch as she expresses her concerns about the OneH2 plant in Long View.