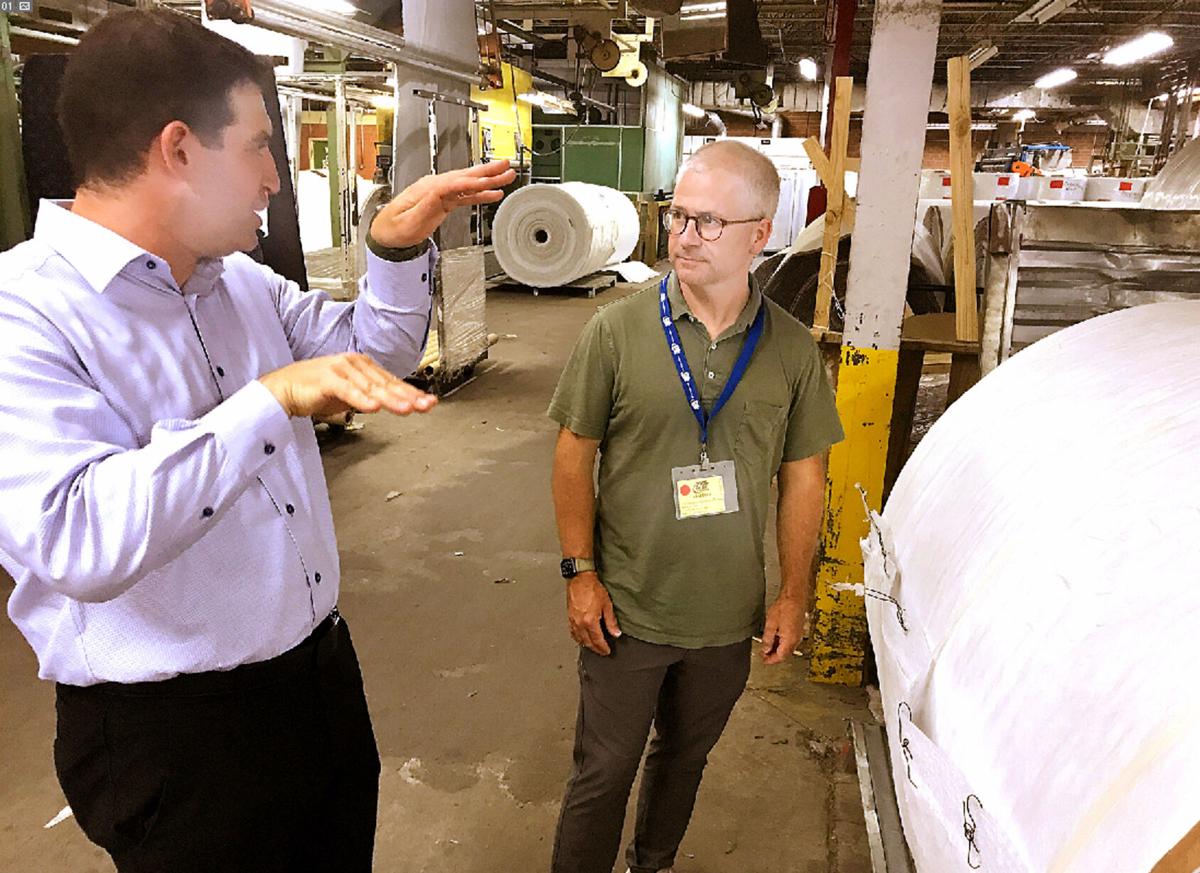 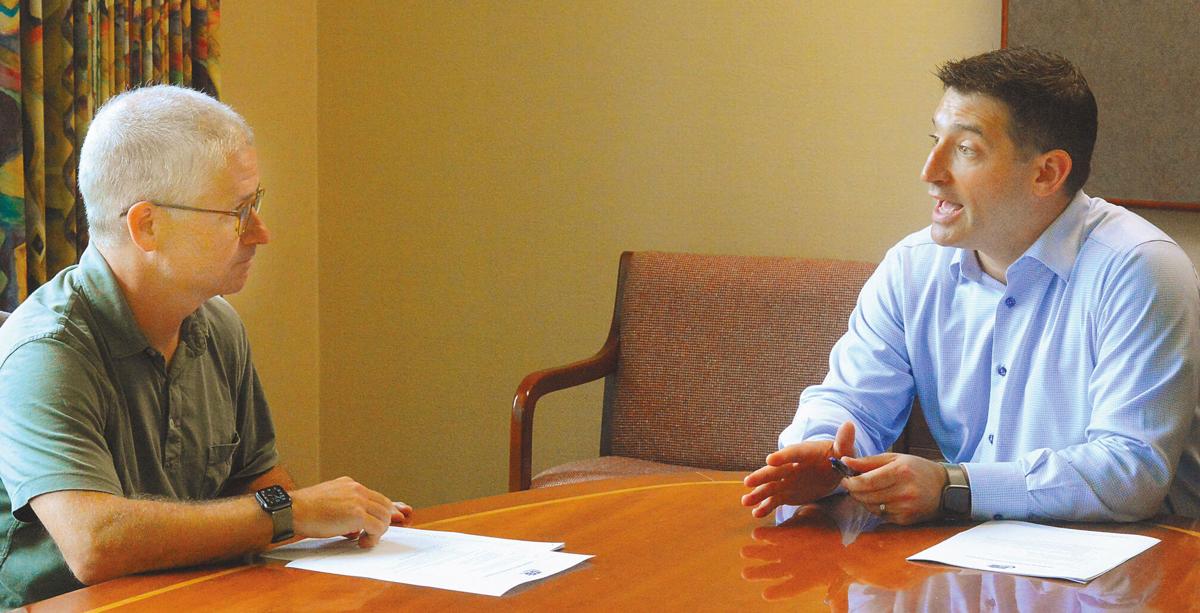 Rep. Patrick McHenry, left, listens as TSG Finishing President Michael Goldman describes what he sees as the long-term challenges relating to having the workers needed to support his industry.

The president of a Long View fabric finishing company met with U.S. Rep. Patrick McHenry Thursday to discuss his concerns around recruiting and retaining workers.

TSG Finishing President Michael Goldman told McHenry his company has raised wages and offered bonuses of up to $2,000 for referrals.

Goldman said that he believed future programs should be focused toward employers and praised the Paycheck Protection Program, which provided funding to businesses, as an initiative he favored.

While he said the more generous unemployment benefits have not helped, Goldman made it clear that he sees the challenges as long-term and multi-faceted.

“We’re going to need to stem the tide,” Goldman said. “This labor shortage is not a short-term problem. It’s not anything new. It has merely been accelerated by the pandemic.”

As he left the meeting, McHenry said that cutting down on federal spending like the unemployment supplement and fully reopening the country would be important short-term steps to completely reviving the economy.

In the long term, McHenry said a focus on workforce development and support for manufacturing would be critical.

“We need to be on the side of helping people develop their own skills, their own education in an affordable way and I think we’ve got to be on the side of manufacturing,” McHenry said. “We have to make sure that we onshore these key parts of our industry, onshore back from China, and make sure that we are able to be more self-sufficient, more resilient if anything happens in the future.”

This labor shortage is not a short-term problem. It’s not anything new. It has merely been accelerated by the pandemic.

NYC nurse tells her story to get people vaccinated

NYC nurse tells her story to get people vaccinated

Rep. Patrick McHenry, left, listens as TSG Finishing President Michael Goldman describes what he sees as the long-term challenges relating to having the workers needed to support his industry.