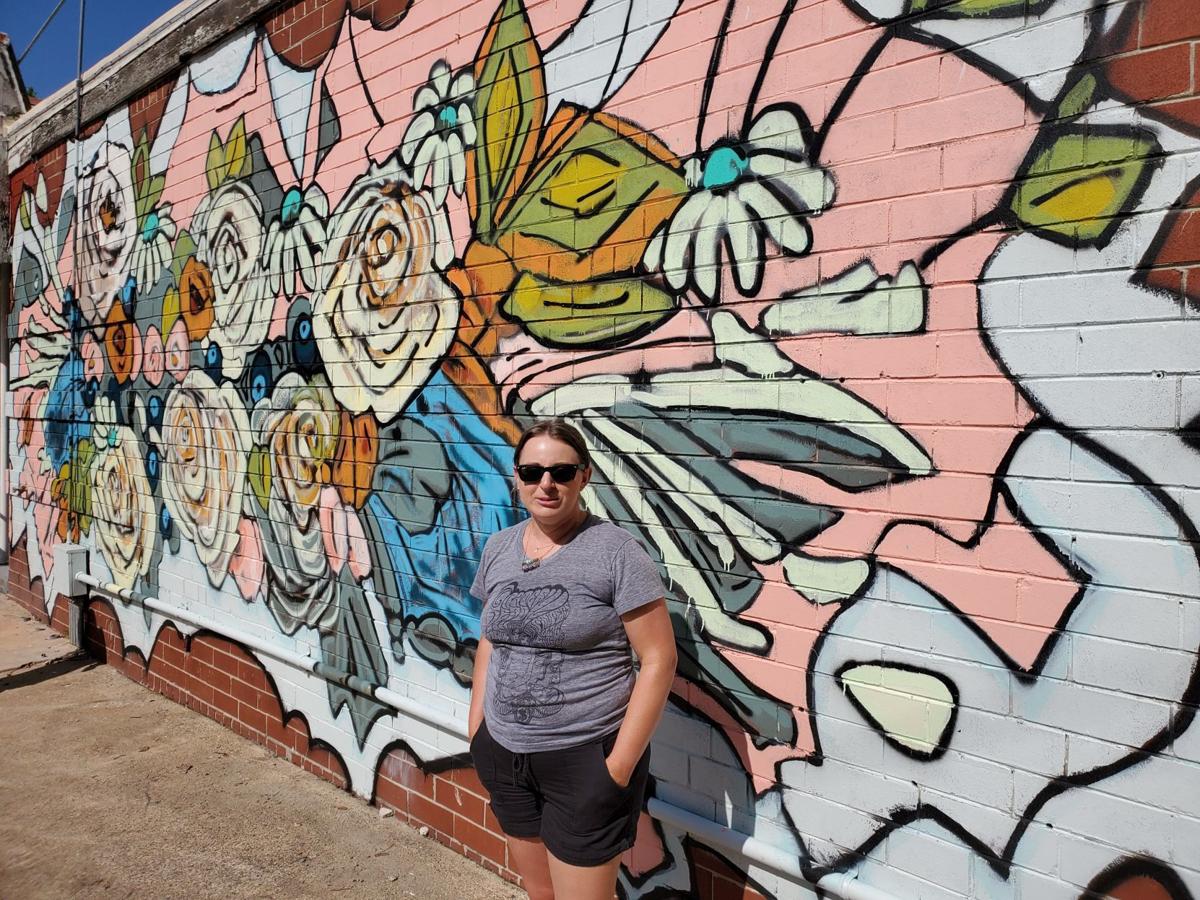 Artist Sara Jenne Echerd stands in front of the flower mural she painted on the side of Mud Mamas Studio. 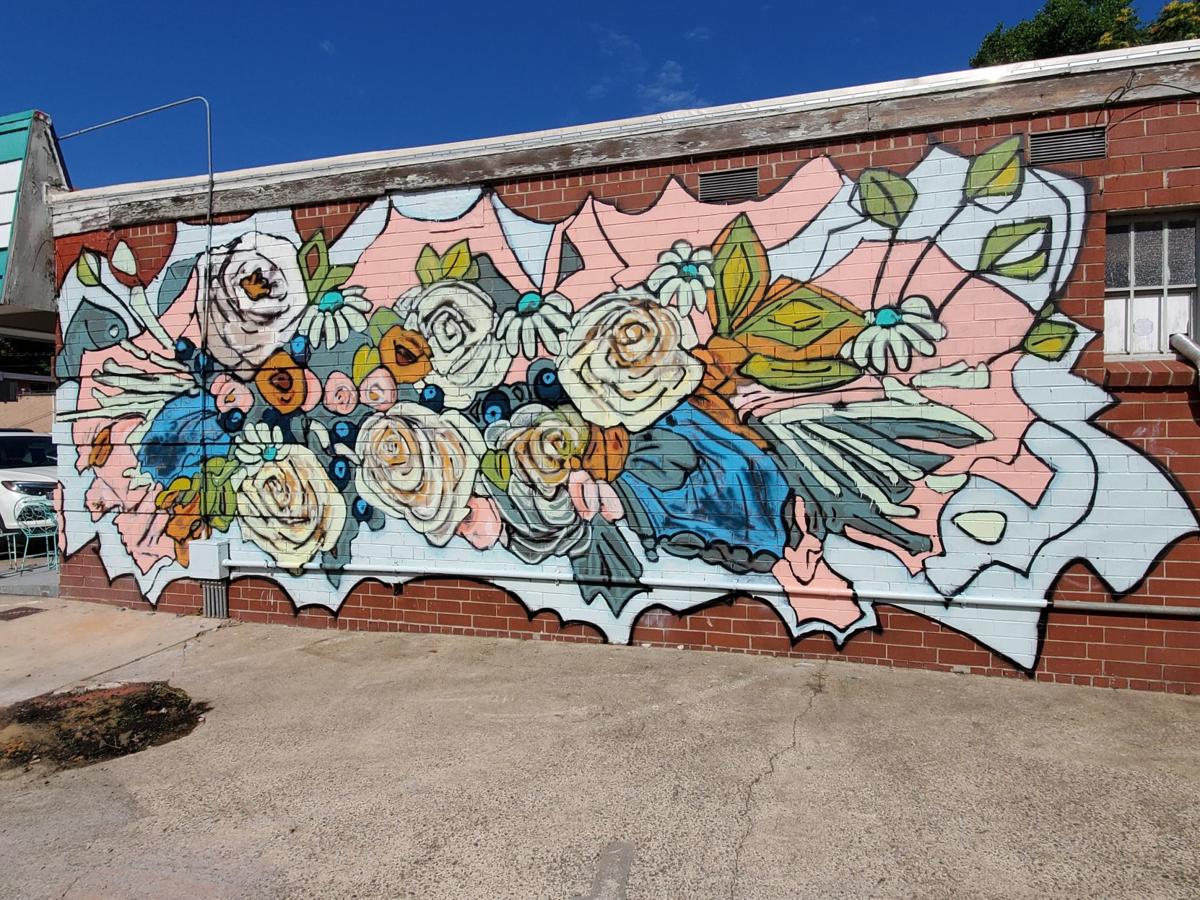 This mural showing an abstract floral arrangement on the side of Mud Mamas Studio is one of three murals planned along Old Lenoir Road.

The first of three murals planned for Old Lenoir Road has been completed.

Sara Jenne Echerd started the mural of the floral arrangement on the side of Mud Mamas Studio last week and completed it earlier this week.

Mud Mamas owner Dana Andreasson reached out to Echerd about the project.

Andreasson said she liked the colors in Echerd’s work and thought a mural by her would fit well with the studio wall. “I wanted something that didn’t necessarily need to stand for anything; I just wanted something beautiful,” Andreasson said. “As one of our mud mamas (artists) said, it’s like a welcome bouquet into Old Lenoir Road, and I thought that was really beautiful.”

At other points along the Hickory road, artists have begun or are about to begin work on two more murals.

Artist James Smith started working on his mural on the side of Metcalf’s Hibernation Station last week. The unfinished work depicted three horses on a blue background as of early Wednesday.

Charles Kimso is expected to begin the third mural later this month on the wall of his studio. The mural will include images of factory workers as homage to Ellis Mill which previously occupied the building.

The murals are part of a vision among business owners in the area intent on turning the area into an arts district.

The district will be known as the OLLE Arts District. The name is a combination of the first two letters in “Old” and “Lenoir.”

A new state COVID-19 alert system labels Alexander County among the 10 most at-risk locations for the virus.

Artist Sara Jenne Echerd stands in front of the flower mural she painted on the side of Mud Mamas Studio.

This mural showing an abstract floral arrangement on the side of Mud Mamas Studio is one of three murals planned along Old Lenoir Road.