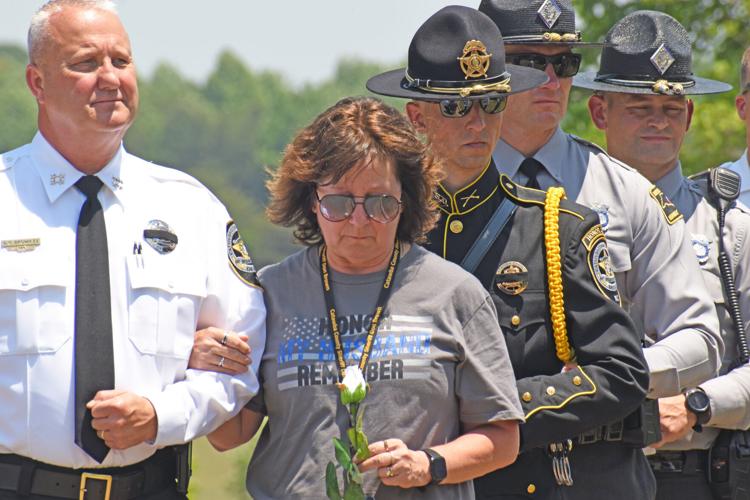 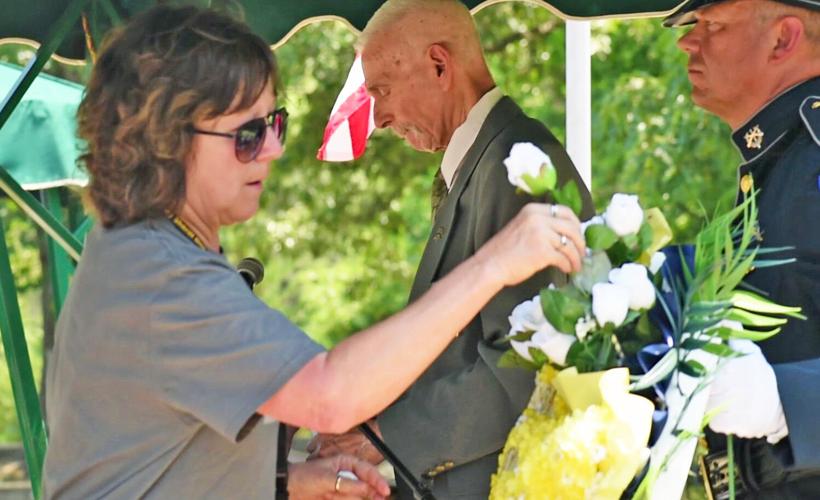 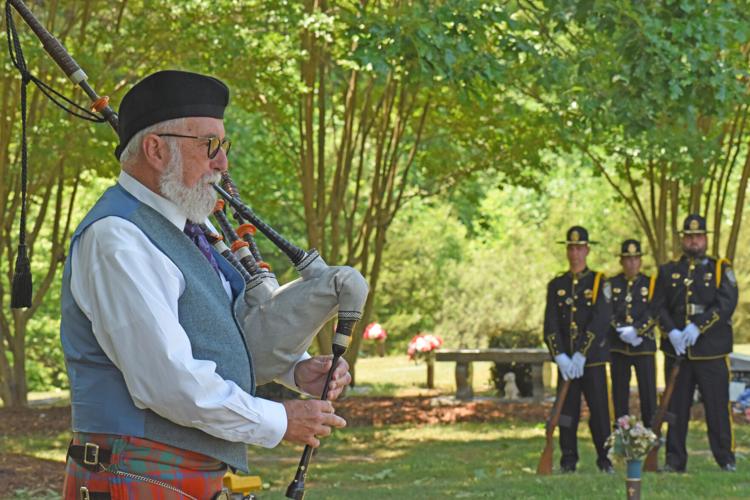 Kim Elder plays “Going Home” on the bagpipes during the Peace Officer Memorial Service at the Catawba Memorial Park in Hickory. 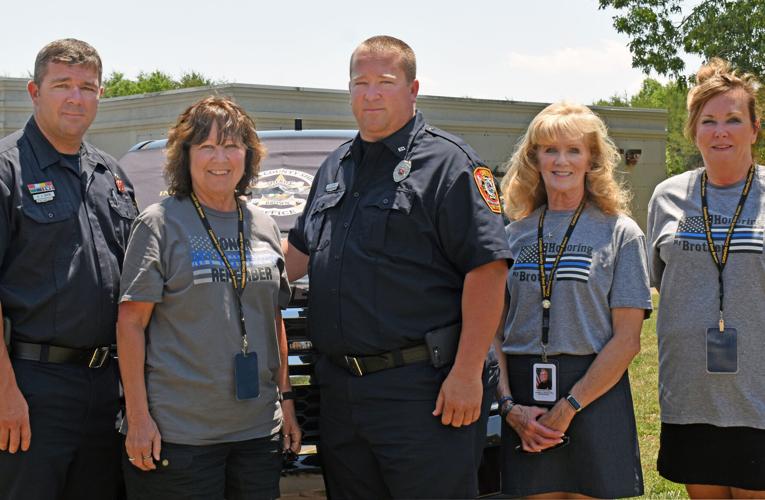 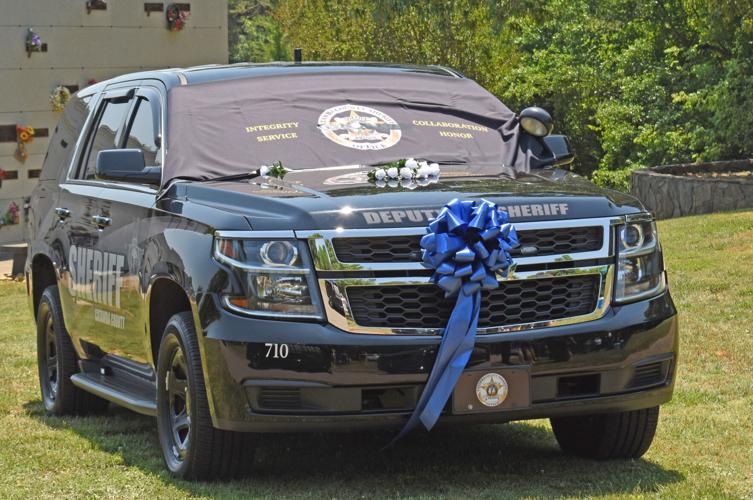 Dennis Dixon’s service vehicle was decorated for a memorial service dedicated to him.

Thirty-one white roses were placed one by one in a yellow and blue star-shaped wreath by uniformed law enforcement to honor fallen officers during a memorial service on Friday. The names of each deceased officer were read aloud as a rose was placed in the wreath.

Along with deputies and command staff from the sheriff’s office, representatives from law enforcement agencies, emergency medical services and fire departments across the county came to pay respects at the service.

Dixon’s wife, Janet Dixon, was escorted by Sheriff Don Brown to place a rose in the wreath as Dixon’s name was called. Janet Dixon gently placed the flower as Brown saluted.

After the names were read, the hymn “Amazing Grace” was played on the bagpipes by Kim Elder. The Catawba County Sheriff’s Office Honor Guard played taps and fired a rifle salute.

Dixon’s service vehicle was parked beside the memorial area. A black banner with the sheriff’s office symbol covered by a black stripe was stretched across the windshield. The vehicle’s grill was adorned with a large royal blue ribbon, and white roses were placed on the hood. Family members and officers took photos with the vehicle before and after the ceremony.

Brown said he knew Dixon for many years and had worked with him since becoming sheriff in 2018. Brown fondly spoke of how he and Dixon would joke with each other.

“(Dixon) certainly stood for what I expect of all the deputies,” Brown said. “He represented us well.”

Kim Elder plays “Going Home” on the bagpipes during the Peace Officer Memorial Service at the Catawba Memorial Park in Hickory.

Dennis Dixon’s service vehicle was decorated for a memorial service dedicated to him.