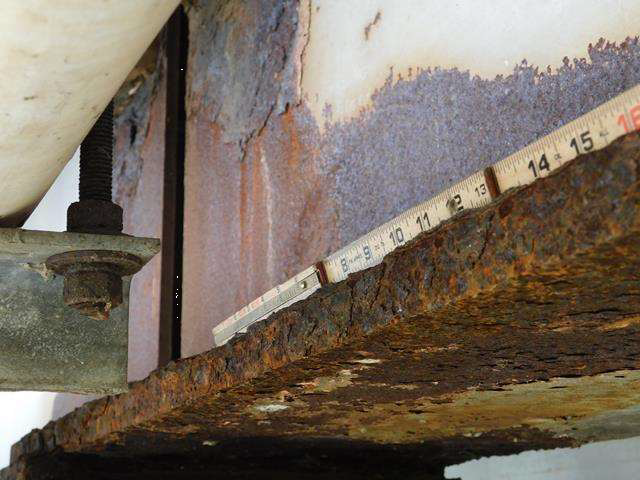 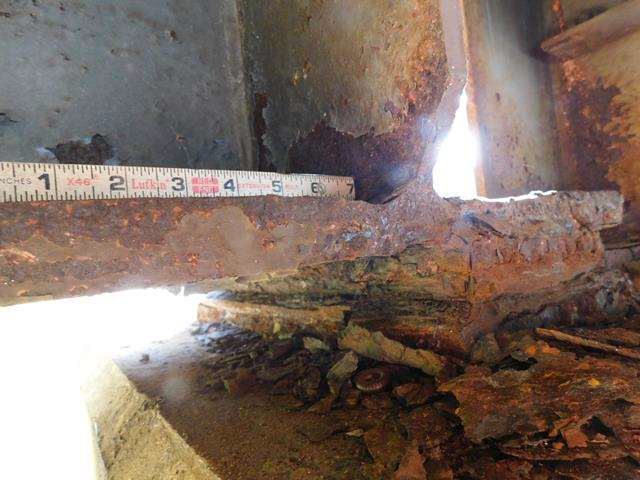 Photos from April 2020 show steel beams underneath the southbound lane of U.S. 321 are rusted and corroded. 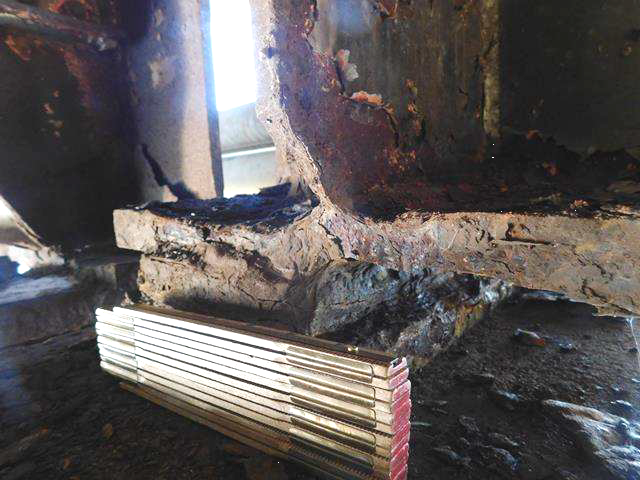 The U.S. 321 southbound lane bridge was built in 1962, and needs repairs from years of corrosion.

The steel beams under the southbound bridge carrying U.S. 321 over Lake Hickory have to be repaired. Construction will likely begin in early 2022.

The U.S. 321 bridge is scheduled to be replaced when the highway is widened to six lanes.

The project is slated to begin in the fall of 2025, but construction of the new bridge would likely start several years after that, according to Marcus Thompson, communications officer for the N.C. Department of Transportation.

Though the entire bridge is scheduled to be replaced, repairs are needed now. According to an April 2020 bridge inspection, the bridge is structurally deficient.

The bridge was built in 1962, according to NCDOT. For 60 years, water and de-icing salt have reached the steel beams of the southbound lane bridge, Thompson said. Rust and corrosion from those elements have reduced the side of the steel beams on each of the supports.

An asphalt overlay placed on the southbound lane 18 years ago has also worn down. Potholes are a regular problem, Thompson said.

Once replaced and reinforced, the beams will be painted to protect against more corrosion.

The current asphalt overlay will be removed and a new concrete surface and asphalt added.

The contract will be let in December for contractors to bid on. Construction will likely start once the weather allows, and will take about three months.

The estimated cost is about $1.75 million.

The bridge links Catawba and Caldwell counties. There will be lane closures during construction, Thompson said.

Watch Now: Who should get a booster shot?

Watch Now: Who should get a booster shot?

Watch now: An inside look at the USS Arizona Relics Program and its history

Watch now: An inside look at the USS Arizona Relics Program and its history

Photos from April 2020 show steel beams underneath the southbound lane of U.S. 321 are rusted and corroded.

The U.S. 321 southbound lane bridge was built in 1962, and needs repairs from years of corrosion.