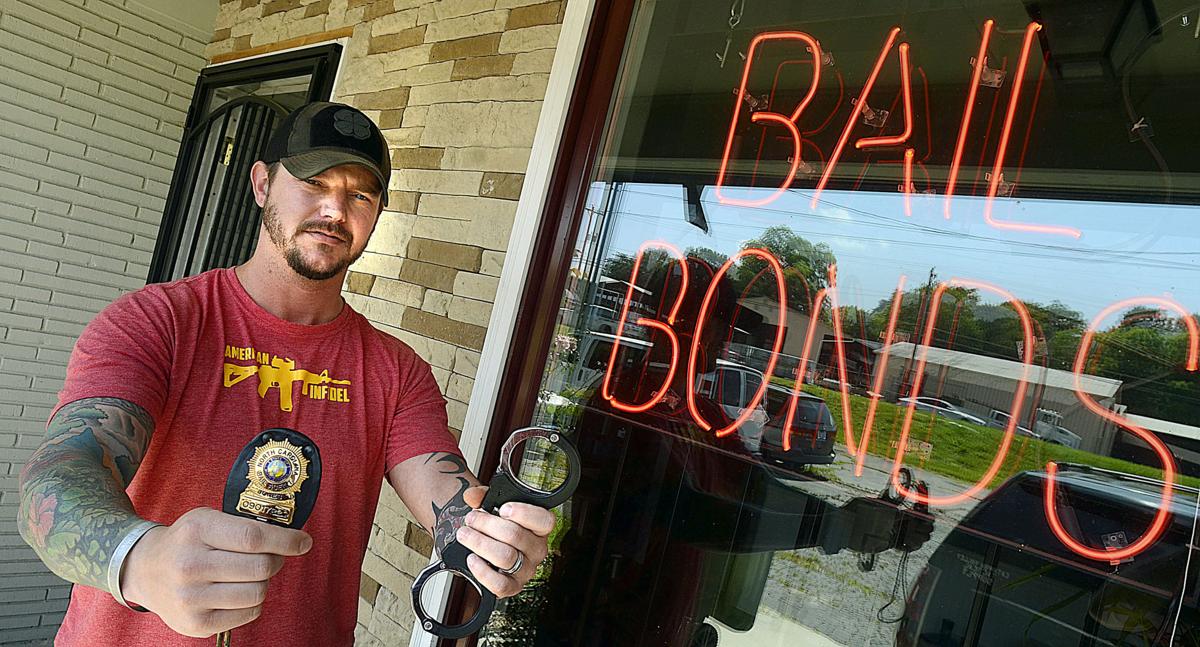 ROBERT C. REED/RECORD: Bail bondsmand Josh Jones of Jones Bail Bonds in Newton, holds his badge and set of handcuffs for people who do not show up for court and skip out on bails. 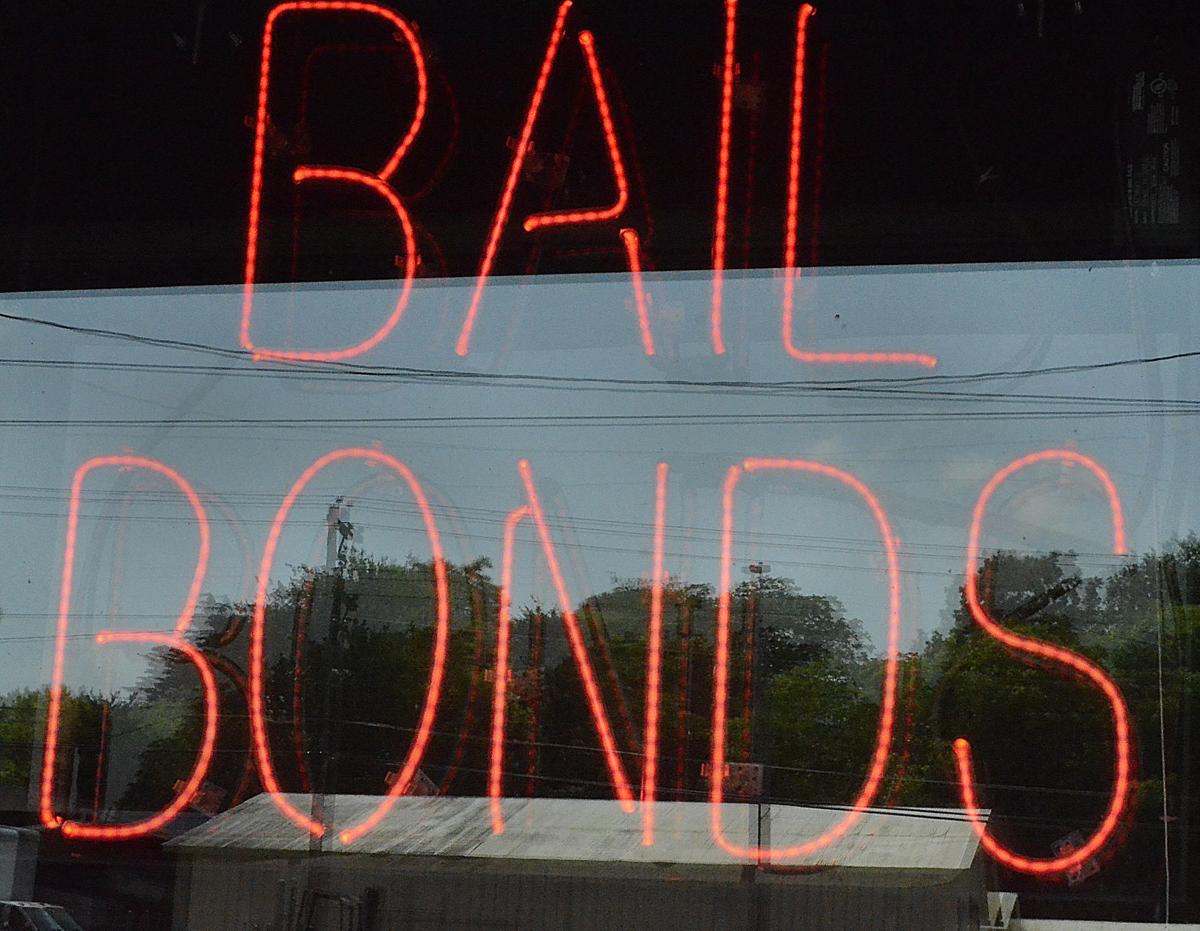 NEWTON – Defendants in Catawba County receive bonds based on a list of set criteria, according to documents provided by Catawba County Judge Nathaniel J. Poovey.

In a 2013 letter to judicial officials, former Catawba County Superior Court Judge Timothy S. Kincaid introduced a set of guidelines for setting bonds “in order to achieve more uniformity in the setting of monetary bonds.”

“North Carolina is one of the few states that do not have a statewide grid,” Kincaid said in the letter. “I have employed this a few times and felt comfortable with the results.”

An individual’s most serious charge and prior record contribute heavily, with 11 points deducted for a Class A felony such as murder.

Points are added for miscellaneous categories such as being married and having education beyond high school.

Some categories are up to a particular judge’s discretion such as mental condition. A judge also can add or deduct a maximum of three points from a defendant’s total. These three points require an explanation from the judge as to why it was applied.

The point total is compared to the class of crime on a matrix to determine a secured bond amount.

“These guidelines are not the law,” Poovey said. “They do not override the statutes in North Carolina that set bonds.”

The particular state statutes that set bonds are in chapter 15A, article 26 of the N.C. General Statutes. In 15A-533(b), the law states, “a judge charged with a noncapital offense must have conditions of pretrial release determined.” Release for defendants on capital offenses falls to the presiding judge’s discretion.

The primary factor in determining pretrial release is the establishment of “a reasonable assurance” the defendant will appear in court and will not present a danger to the public.

If a judge decides that pretrial release is appropriate, they can issue the defendant either with a written promise to appear or with an unsecured bond of at least $1,000.

For a defendant to be released on a secured bond, they must either pay off the entirety of their bond or enlist the aid of a “surety” who places money on the defendant appearing in court, as defined in the N.C. General Statutes.

An agreement between a surety and a defendant is referred to as the bail bond.

Typically, many defendants seeking release will turn to a bail bondsman, such as Newton’s Josh Jones.

Jones, the owner and agent of Jones Bail Bonds in Newton, has worked in the profession for 13 years after seven years of service in the military.

Jones becomes involved when he gets a call from a defendant in jail.

“Some might call from the jail or while they are being processed,” Jones said. “When they call I’ll get the family’s number and call them down there.”

Jones said he typically calls the family to the Catawba County Detention Center to act as a co-signer on the bond.

In North Carolina, bail bond agents are allowed to charge a defendant up to 15 percent of a bond’s value. However, Jones said this is rare, as they often charge less in order to be more competitive. He added that 10 percent of a bond is common.

Once a defendant is released, Jones then is responsible for the rest of the bond, in case a defendant fails to appear in court.

Unfortunately, Jones said this is frequent.

“It is a very risky business… it is very time consuming.”

Should Jones fail to pay the bond, the county will cut him off from operating within its limits. An alternative to Jones paying off a bond is to find the defendant and return them to the county’s custody.

“When we are picking people up, we can pretty much go anywhere if we can confirm they are living there,” Jones said.

If this fails, Jones can take the defendant’s family to small claims court in order to recuperate the cost of the bond.

ROBERT C. REED/RECORD: Bail bondsmand Josh Jones of Jones Bail Bonds in Newton, holds his badge and set of handcuffs for people who do not show up for court and skip out on bails.