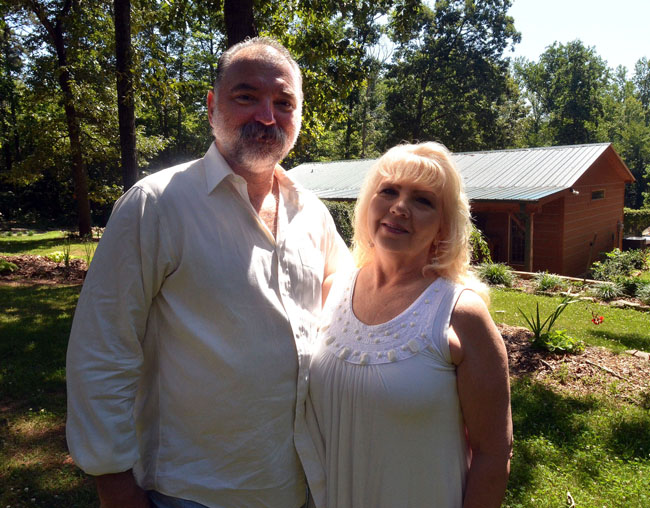 Ken and DeeDee Niewulis have enjoyed building up the Foothills House of Hope in Hickory. 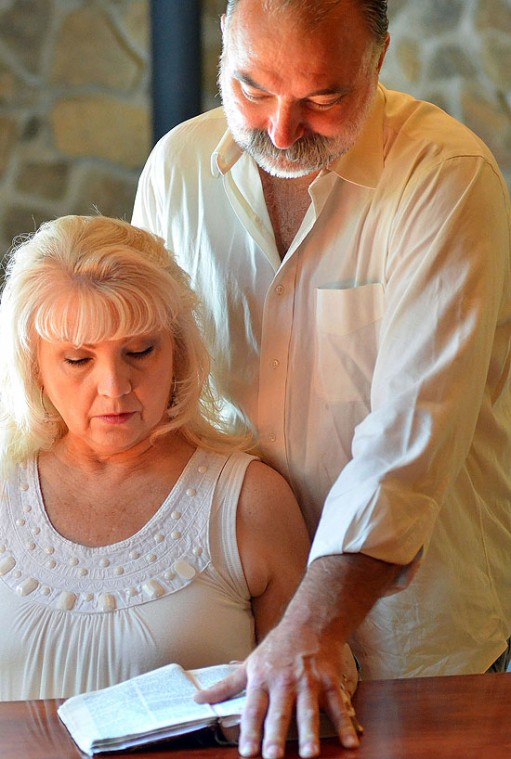 HICKORY NC — A half-century ago, Bob Dylan sang about how “the times, they are a changin’.”

While “times,” of course, change for everyone, few see their lives totally turned upside down like Ken and DeeDee Niewulis.

Twelve years ago, the Niewulises abandoned a successful business and a comfortable home on the west side of Hickory to start all over on just their religious faith and their experiences.

Today, the House of Hope Foothills stands in the northeast Hickory woods as a quiet testament to how well things have worked out.

Likewise, scores of former teens once considered “incorrigible” have a more realistic opportunity for a happy, normal life.

Ken Niewulis, 55, and his wife, DeeDee, 54, were watching the “700 Club” one night on TV “and saw a lady in Orlando, Fla., being interviewed about her work with troubled teens,” Ken recalls.

“Two weeks later, we were in that lady’s office.”

That lady is Sara Trollinger, a North Carolina native who taught school in Florida. She would go on to “franchise” the House of Hope idea as a way to help seriously distressed teens.

“I had lost my passion for my business. We had our kids grown and gone, and DeeDee was working on her degree in counseling at Gardner-Webb (University),” said Niewulis.

“But we were already taking into our home teenagers or adolescents who were in trouble,” Niewulis said.

His business was the successful K&J Body Shop “tucked away in a hole in the wall” beside the railroad tracks in northwest Hickory.

He had involved his son-in-law, Jody Beach, in the business a few years earlier and eventually left the shop to his management.

“We had had some success there for a lot of years,” Niewulis adds, “with some nationally recognized vehicle restorations.”

“But my soul was a little empty. Finally, a friend of mine came by the shop one day and told me that God had spoken to him about me.”

“He said, ‘God told me to tell you to get on and do what He wants you to do. There are lives at stake.’”

Those words of warning, even though not spoken directly to him, did not fall on deaf ears.

“I was already feeling a strong pull in that direction,” Niewulis said.

Trollinger, as part of her ministry, had produced a 7-minute video describing the House of Hope mission and was sending it all over the country.

President Ronald Reagan met Trollinger in the 1980s, Niewulis adds, and later, “while flying on Air Force One, he wrote her organization a personal check.”

Niewulis showed that 7-minute video to David Keyes, son of the late “Parson of the Hills,” the Rev. Charles Keyes of Hickory. The younger Keyes had grown up at the Parson’s Camp Joy for under-privileged youngsters in western North Carolina.

Continuing his father’s ministry, David Keyes had built a new, much larger Camp Joy southwest of the city. He allowed the Niewulises to start their House of Hope in the old camp location on just a handshake.

After 12 years of making repairs and adding several new construction projects, they bought the property this spring with “one very generous monetary gift” — for “less than half the appraised tax value.” David Keyes again was a key player.

The Foothills House of Hope was little more than a 501(c) 3 certificate in 2000 when Ken and DeeDee Niewulis moved into a 20-ft. camper at the old Camp Joy. Immediately, they began receiving unsolicited donations of food, furniture and equipment, and cash money.

Niewulis meets lots of people in his comings and goings, has a board of directors, answers directly when folks ask about the ministry’s physical needs and is supervised by the N.C. Dept. of Non-Public Instruction.

But he “never sends out mailings seeking money donations.”

Niewulis does, however, trade on his good name, built as the star pitcher on two of three straight St. Stephens High School state championship baseball teams 1971-73, along with his 28 years in the body shop business.

Consequently, his contribution to the ministry is as primary dreamer and chief greeter of people.

Essentially, the House of Hope program is a home-school for the resident youngsters, along with faith-based Christian counseling and chores which “lovingly teach individual responsibility.”

“The Good Book contains the answers to most of life’s problems, plus a roadmap to avoiding them,” Ken says. “Most of what we do goes back to the Bible; we don’t try to reinvent the wheel.”

The Niewulises also are smart enough to avoid the issues their camp is not suited for—like drug and alcohol problems, and issues already in the legal system.

And, they take only the teens whose parents can be involved in the counseling part of the program with their children.

The average stay per teen is one year.

“Most of our kids come to us from churches, distraught parents and from the national organization, even from other states,” he adds.

One of the success stories — “a young man who came here from living out in the woods” — completed high school, then earned a 4.0 grade point average at Catawba Valley Community College.

Jacob, in his early 20s, is in business now with his father, is married and has an unusually keen interest in Civil War history.

Another story saw a 12-year-old roaming the streets of Charlotte when he found the Niewulises. He recently wrote a letter about how “God found me in this rinky-dink place in the woods, and He saved my life.”

“Our kids come here hurting emotionally from the traumas of life: things like divorce or bullying in school. The most important thing we do is love them, all the time.”

A unique feature of the residency program is frequent campfires out among the tall trees.

“Some of the best counseling takes place out around a big campfire, where you can build a trusting relationship,” Niewulis said.

“When kids trust you, they will open up about the root of their problems, and you can watch Christian healing change their lives.”

“Coming to the Foothills House of Hope is no guarantee of success in turning around your life,” Niewulis said, “just like a major university doesn’t guarantee success.”

“But, like the university, our kids can get all the tools here to change their lives.”

“God is in the life-changing business. We are God-centered and God-called, and we signed on to do what He wants us to do.”

In Catawba County, we have seen a significant increase in the number of laboratory-confirmed COVID-19 cases over the past several weeks. While…

A woman who led the county’s Department of Social Services between directors is facing three felony charges, including larceny by employee.

Car and moped collide in Hickory at intersection of U.S. 70 and 8th Street Drive SE

A car and moped collided at the intersection of U.S. 70 and 8th Street Drive SE.

Coy Reese’s father was gifted a registered Jersey dairy cow in 1943. It’s how the family made their living for decades to come.

28 hospitalized with COVID-19 in Catawba County

A Mooresville man charged with the murder of a Sherrills Ford resident was arrested on Friday at approximately 8 p.m. in Charlotte, according …

Stabbing in Newton sends one man to hospital

A man was stabbed during an argument at Stove Drive in Newton late Saturday night, law officers say.

Ken and DeeDee Niewulis have enjoyed building up the Foothills House of Hope in Hickory.