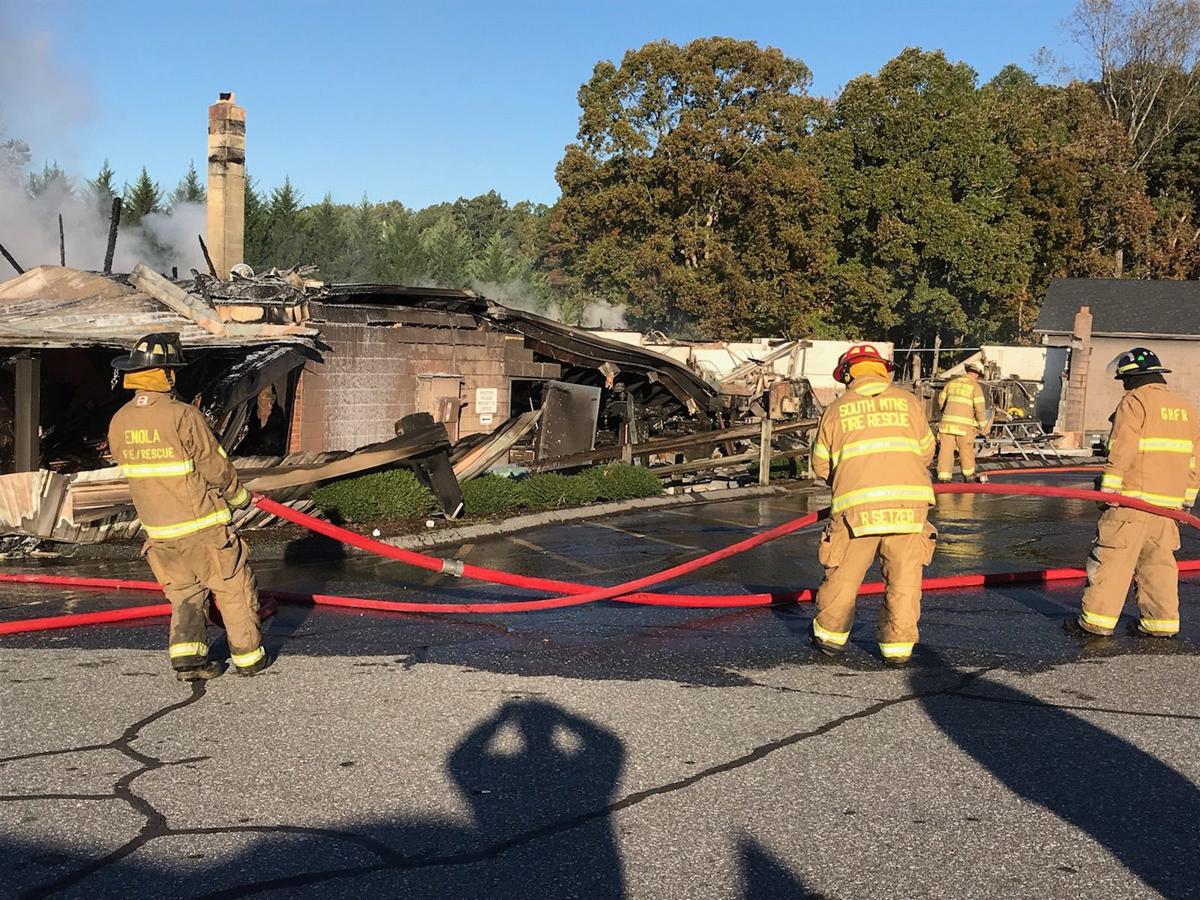 Firefighters work the scene at a plant fire in southern Burke County Friday morning. The blaze destroyed 75 percent of the Parker Industries' plant on Rhoney Road in Connelly Springs. 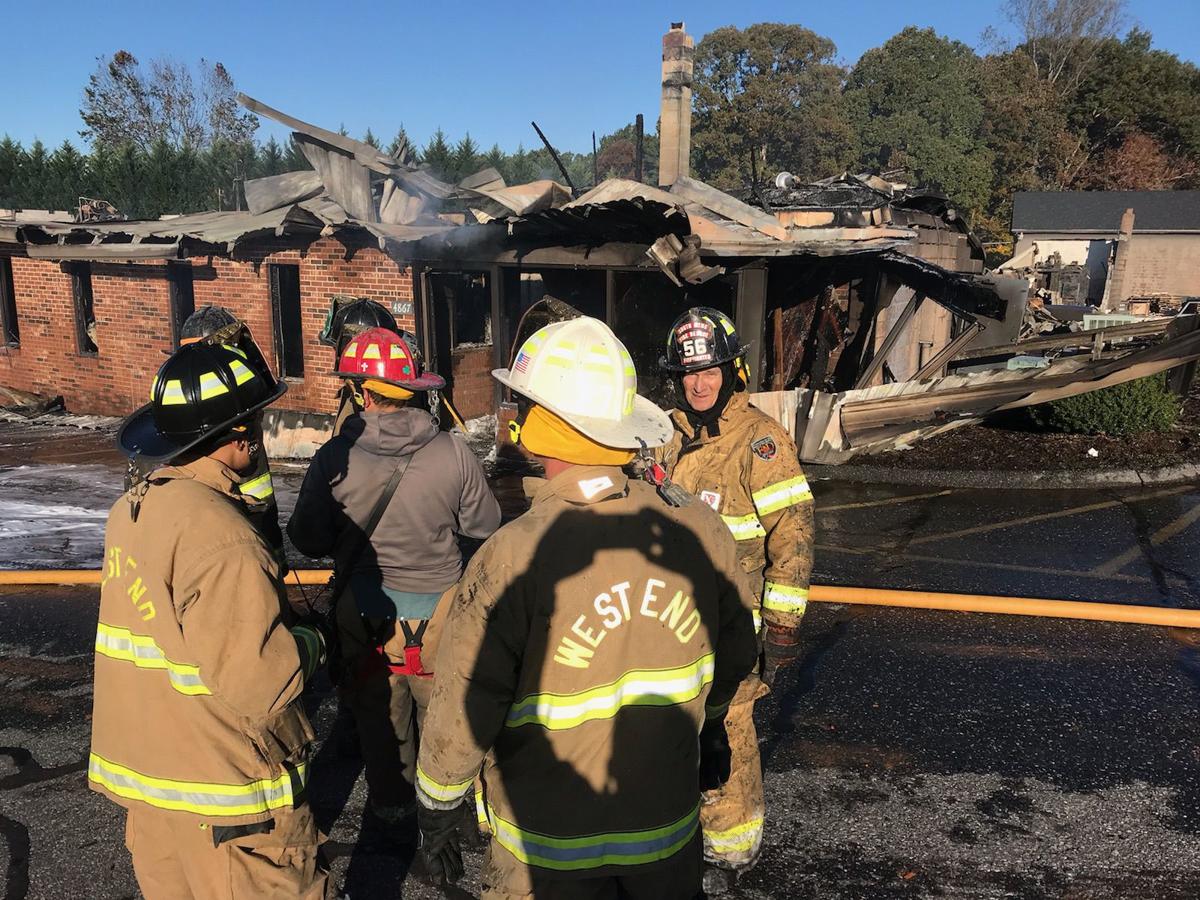 Firefighters confer on the scene of a fire that gutted a metal-working industry in Connelly Springs Friday morning. Crews from several counties, including Catawba, responded to the fire. 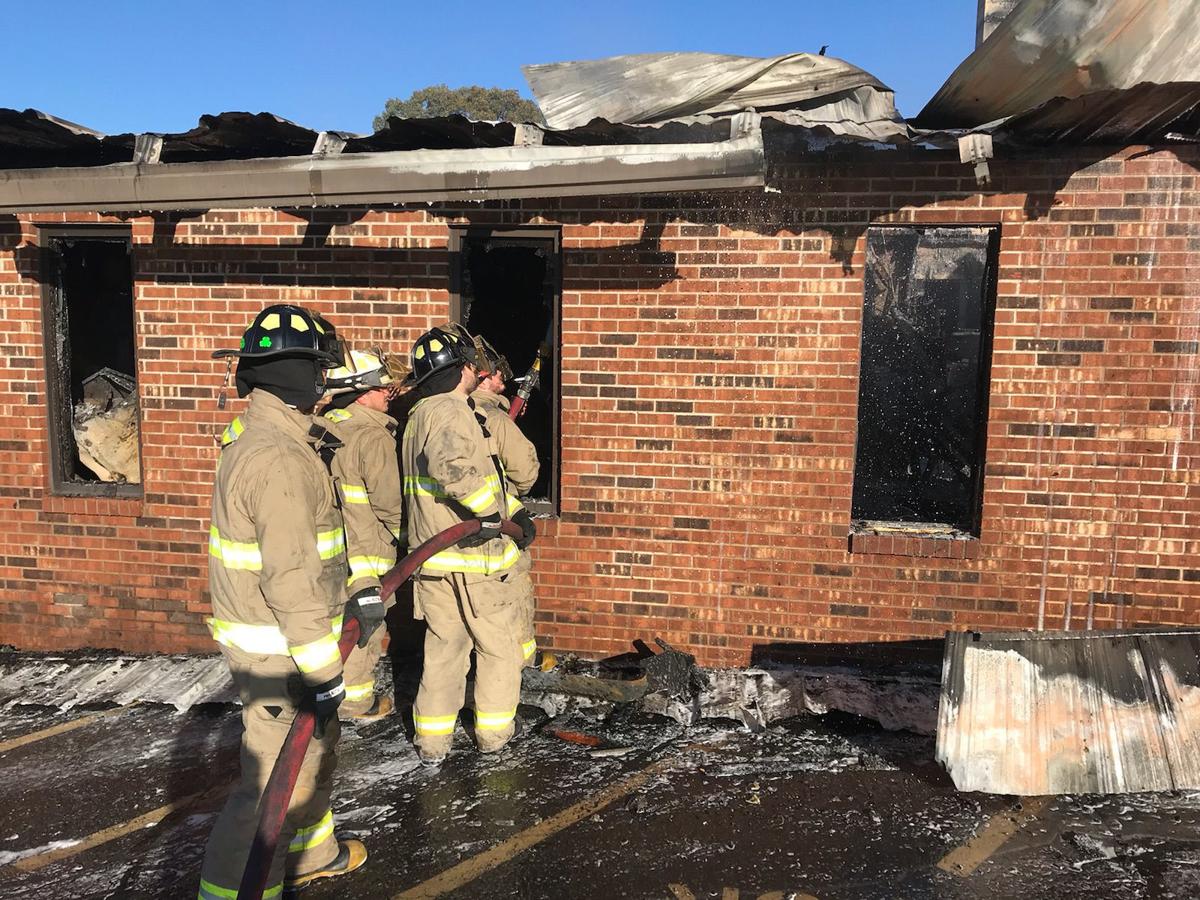 The fire was called in around 3:30 a.m. by a neighbor who woke up and smelled smoke in his house, said Burke County Fire Marshal Mike Willis. When firefighters arrived, flames were shooting through the roof of the building, he said.

Seventy-five percent or more of the building was destroyed by the fire, Willis said.

The cause of the fire is under investigation by the SBI, Willis said.

Kevin Toler, production engineer for the company, said the fire will be felt across the community.

“It’s just devastating to the employees that work here, to this community,” Toler said. “Parker was a big reason the fire department (was next door). The land was donated by Mrs. Parker when it first got started.”

Employee William Puckett estimated about 70 percent of his coworkers live within three miles of the company.

“It’s just a tragedy,” Puckett said. “Fifty something days out from Christmas — families are going to have to think about everything.”

The company website lists the following information about the company:{/span}

”Founded in 1957, Parker Industries began as a stamping company. Over time we added CNC mills and lathes, laser and plasma cutting, press brakes and welding. ... We currently produce metal parts from the size of a paper clip to up to 10 feet across. These parts are used in a wide variety of industries, including transportation, industrial components and heavy equipment. We also provide finishing services through partner companies who specialize in specific areas.”

Chrissy Murphy is a staff writer and can be reached at cmurphy@morganton.com or at 828-432-8941

Watch Now: Should my kid get the COVID vaccine?

Catawba County Register of Deeds Donna Hicks Spencer has been charged with embezzlement and failing to uphold her obligations as a public official.

The Hamptons at Hickory: Developer submits plans for 340 houses at golf course site

Hickory police are investigating a death at an apartment on Startown Road in Hickory.

Masks will be optional at Catawba County Schools on Tuesday.

Firefighters work the scene at a plant fire in southern Burke County Friday morning. The blaze destroyed 75 percent of the Parker Industries' plant on Rhoney Road in Connelly Springs.

Firefighters confer on the scene of a fire that gutted a metal-working industry in Connelly Springs Friday morning. Crews from several counties, including Catawba, responded to the fire.