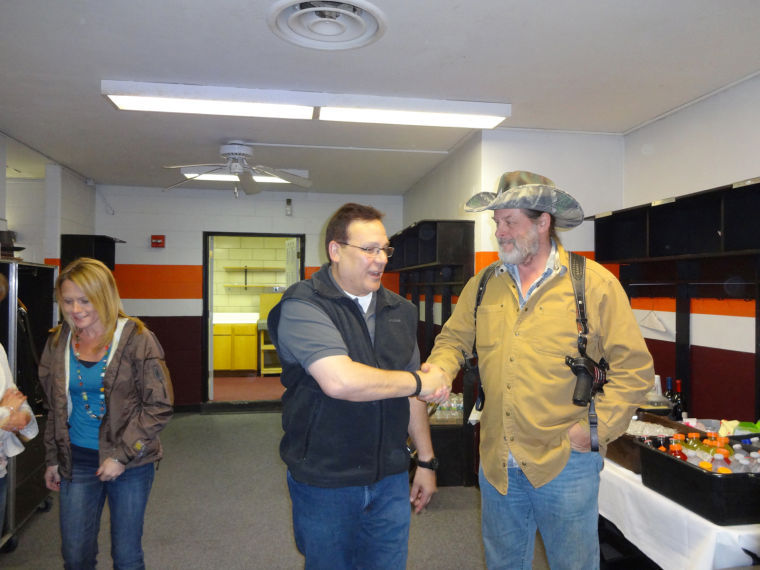 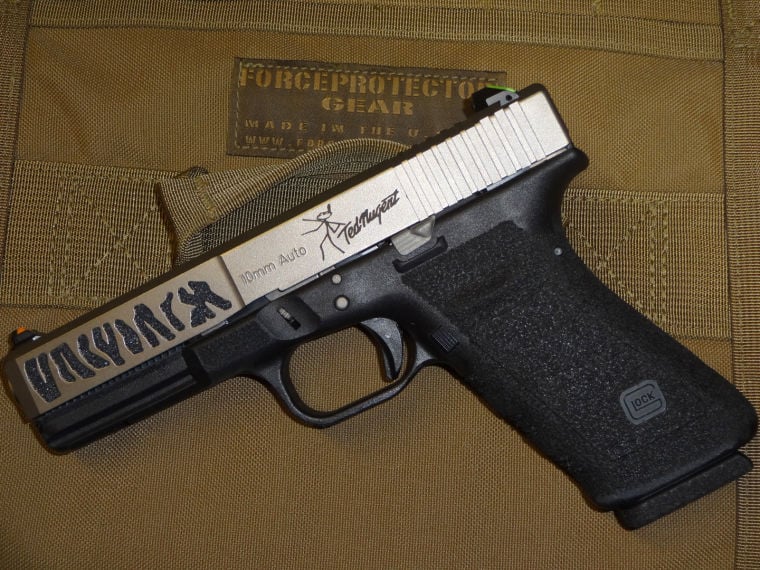 A customized gun created by Toner Machining for Ted Nugent.

Special to The News Herald

TMT President Jim Toner personally delivered the handgun and another product that TMT manufactures in Morganton — Attacoa Wallets — to Nugent at a recent concert event in Roanoke, Va.

Toner said it was a real pleasure meeting him in person.

“Ted treated my wife, Iris, and me, and friends Megan and Mario Sacchetti, like we were the rock stars, by making sure that we had front-row seats and back-stage passes for the entire show, which consisted of Styx, REO Speedwagon and Ted Nugent’s band,” Toner said.

Toner said that Nugent loved his new TMT customized handgun, and he later contacted the company again about customizing two more handguns for him, which Toner plans to deliver in person to Nugent in Texas for some handgun hunting and shooting with Nugent on his ranch.

TMT also has three custom handguns being featured on the cover of American Handgunner Magazine this December and other firearms in the works.

Sunday’s Hickory Crawdads season finale against the Rome Braves in Georgia was canceled due to an COVID-19 outbreak on the Crawdads.

A customized gun created by Toner Machining for Ted Nugent.