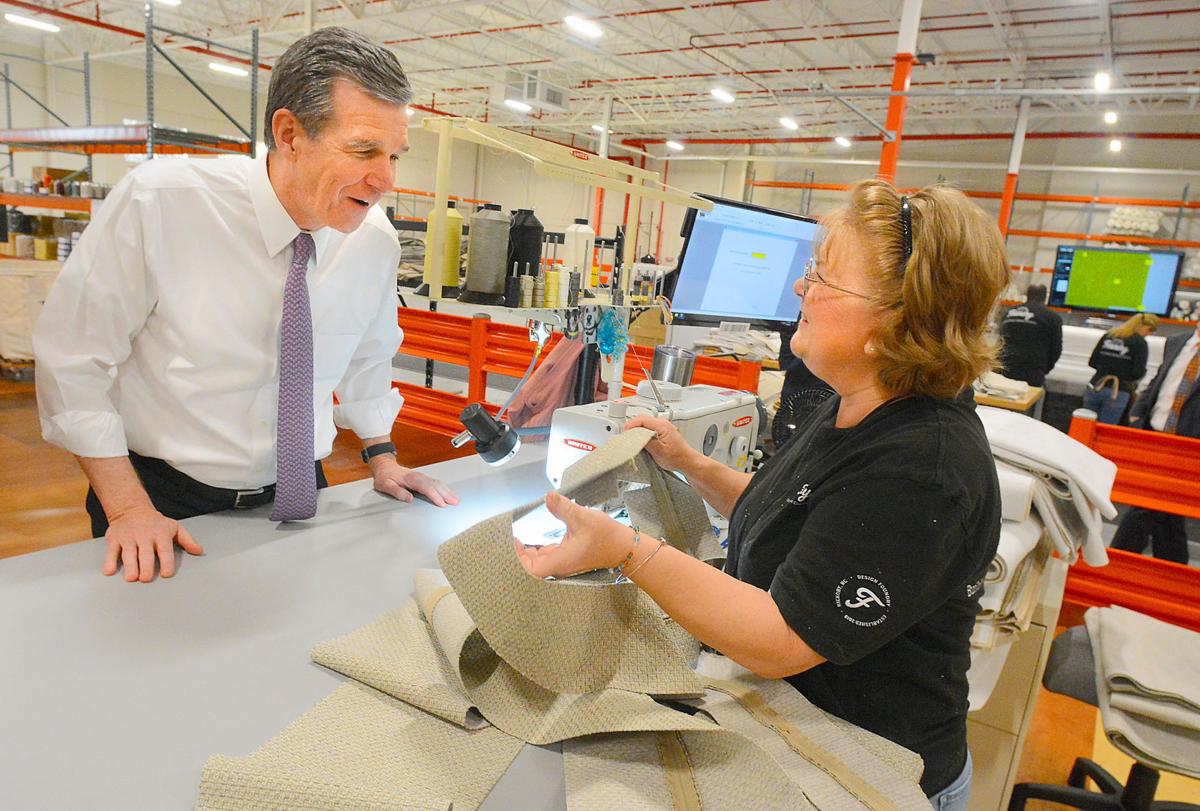 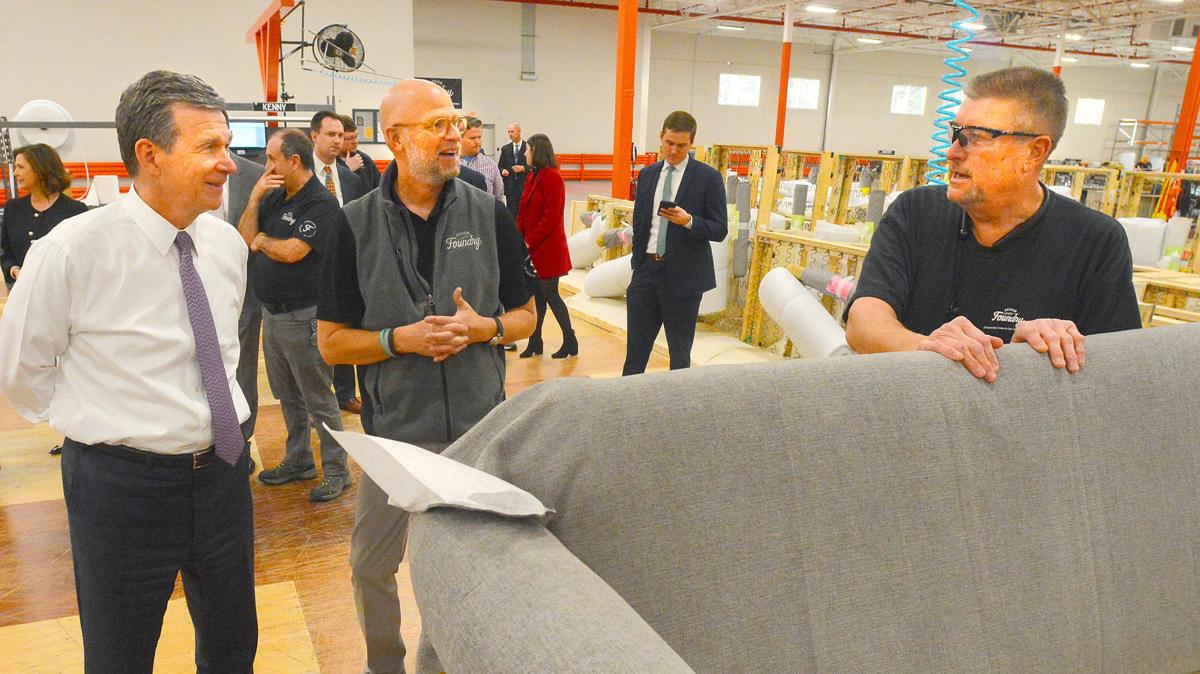 Gov. Roy Cooper touted the furniture industry in North Carolina while also emphasizing the need to continue investing in education and training during a visit to a furniture plant in Hickory on Tuesday.

Cooper followed Design Foundry CEO Eric Fulcher throughout his plant, stopping to speak with employees and observing the work being done in the plant.

Last year, the state announced Design Foundry would be receiving $1.5 million in state incentives over the course of 12 years.

Following his tour of the plant, Cooper said “furniture manufacturing is alive and well in North Carolina and particularly in the Catawba County area” but the state needs to continue investing in education and training so workers are prepared for jobs in the increasingly complex industry.

“We know now though that the skills required to perform furniture manufacturing these days have increased dramatically, so we need to continue as a state to work to make sure that people have the training that they need to go into these jobs,” Cooper said.

Taking questions after the tour, Cooper spoke about the skill gap, Second Amendment sanctuaries and the conflict over the state budget.

Cooper said one way he hopes to address the skills gap is to use interest from the state’s Unemployment Insurance Trust Fund for community college scholarships in fields where there is a high demand.

“We need to attract people to the areas where employers need them,” Cooper said.

In regard to the movement for Second Amendment sanctuaries throughout the state, Cooper said he is a supporter of Second Amendment rights but does want to implement what he calls common-sense gun regulations.

He specifically cited background checks and red flag laws that would allow courts to temporarily restrict access to firearms for people believed to be a danger.

He also addressed the months-long standoff over the state budget.

Two of the big sticking points in the disagreement involve teacher pay — legislative Republicans included a 3.9 percent increase in their budget while Cooper wants an increase of more than 8 percent— and expansion of Medicaid in the state.

Cooper said Republican legislative leaders have not been willing to compromise with him.

“I think most people understand that we need to pay our teachers more and we need to get working people covered with health care insurance,” Cooper said. “I’m ready to compromise if they’ll meet me halfway and that has been the problem so far.”