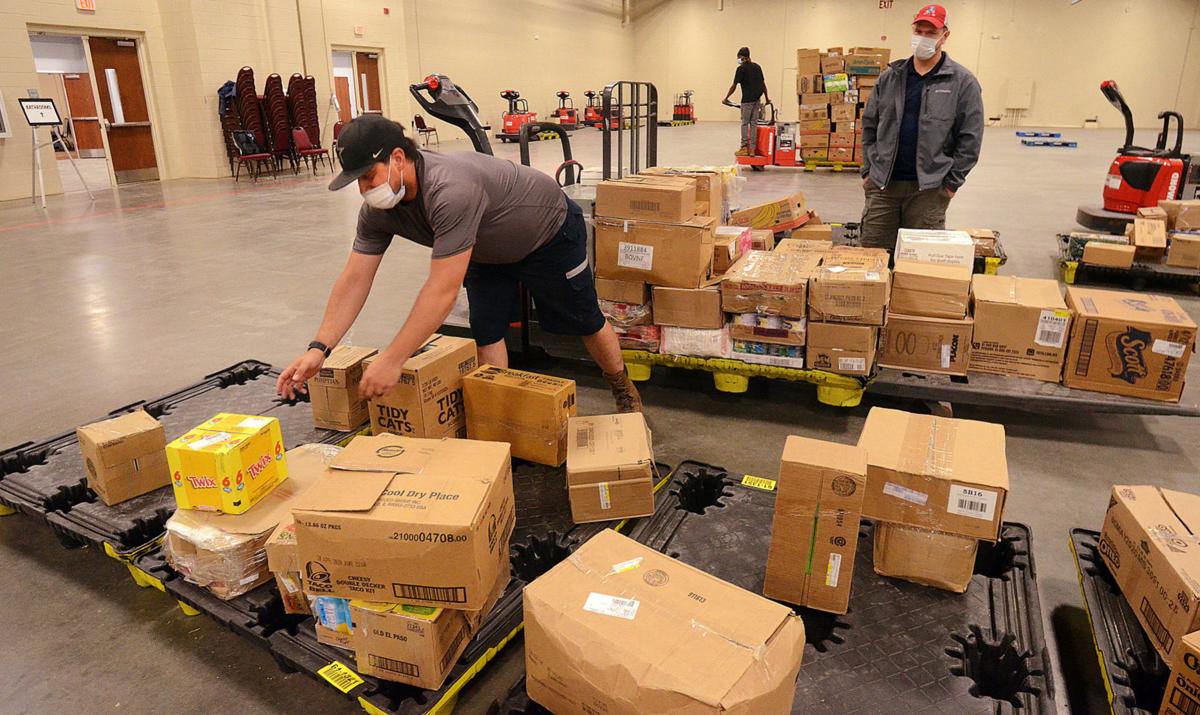 Joshua Keeber (left) trains for a possible picking position for MDI as his trainer Mack Stikeleather (right) watches. MDI has been using the Hickory Metro Convention Center as a training site since April. 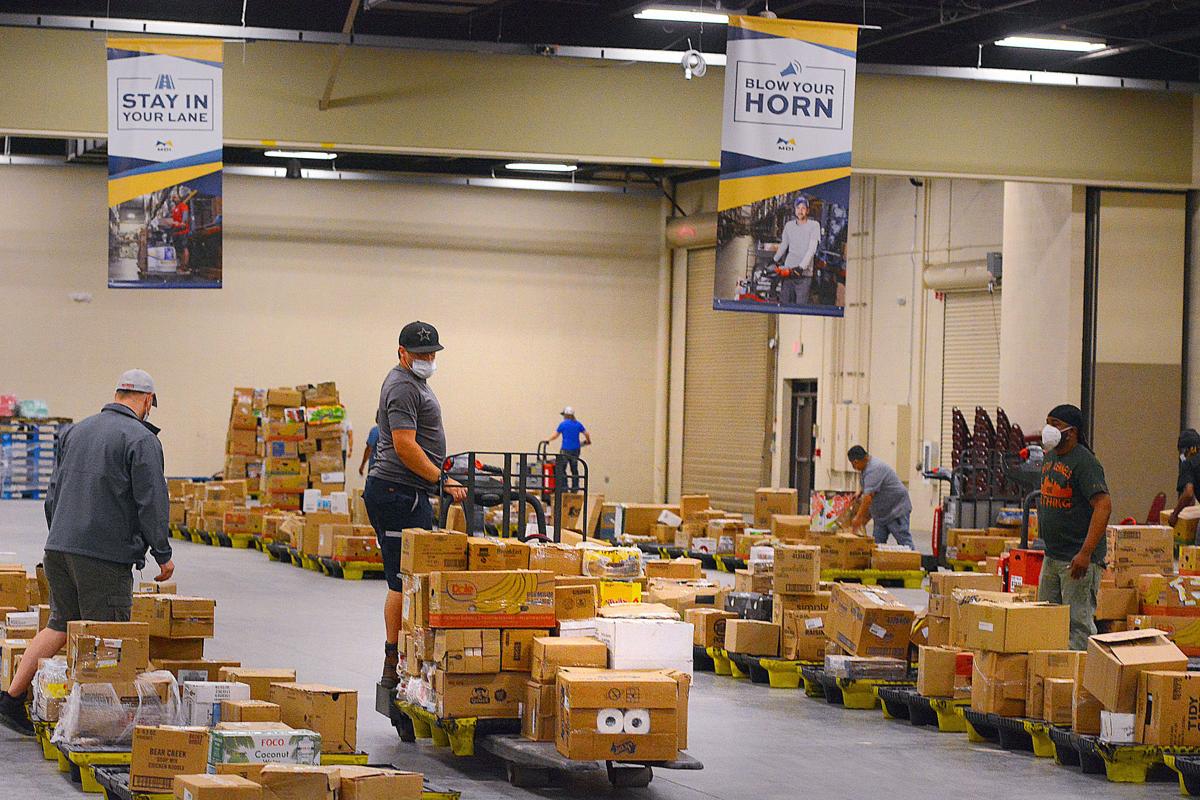 The Hickory Metro Convention Center is typically filled throughout the year with events ranging from gun shows to comic conventions.

The COVID-19 pandemic has disrupted the normal activity at the convention center, but for the last two months the space has been used as a training center for employees from one of Hickory’s most prominent companies.

Merchants Distributors Inc. has been training new workers in the convention center since April.

The training ended on Tuesday and the company will be moving out of the convention center today.

Kimberly George, vice president of communications and corporate citizenship for MDI parent company Alex Lee, said the company worked with staffing agencies to bring in more than 250 people as trainees.

The trainees had the opportunity to gain experience and possibly become permanent MDI employees, George said.

Rising demand has resulted in a need for more workers at the company as of mid-May.

The partnership has been mutually beneficial for the company and the convention center.

George said it has allowed the company to conduct training in a way that allows for social distancing.

Convention center CEO Mandy Pitts Hildebrand said MDI was paying for the space but the cost was variable and based on factors like how long the building needed to be open during a given week.

She also said the company’s presence helped the center in other ways as well, saying it allowed the convention center to keep most of its staff working.

Thirty events scheduled to take place between March and August have canceled, resulting in the direct loss of $125,000 in revenue, Hildebrand said.

That figure does not include the loss of hotel, dining and shopping revenue that comes from people coming to the area for conventions.

Not all events have been canceled. and the convention center has been receiving inquiries from people interested in using the facility.

The convention center still has events scheduled this summer, though those could be subject to change depending on orders from the state.

Hildebrand added that the convention center has been intensifying its cleaning efforts and is having workers wear protective equipment in light of the pandemic.

Beginning in March, North Carolina residents were asked to stay at home as much as possible due to COVID-19. Naturally, more time spent at hom…

CLAREMONT — Dennis Dellinger, president and CEO of Cargo Transporters, announces the promotion of Kristy Hedrick to vice president of human re…

It seems that every sector of our nation has been hurt by the coronavirus pandemic. From sports to entertainment to restaurants, business is h…

Some stores in the Hickory area may be running low on change as a result of a coin shortage affecting places around the country.

Despite an executive order requiring face coverings in public, law enforcement agencies in and around Catawba County say the governor’s mandat…

City of Hickory wins 3 state awards for excellence in communications

Column: Lifting the anchor is crucial

The words, equally beautiful and potent, found in the Declaration of Independence, came to represent a moral standard to which the United Stat…

Super Savings! Here Are Some Crazy Ways You Can Save Money!

Super Savings! Here Are Some Crazy Ways You Can Save Money!

These Are the Safest Places to Keep Your Emergency Fund

These Are the Safest Places to Keep Your Emergency Fund

Joshua Keeber (left) trains for a possible picking position for MDI as his trainer Mack Stikeleather (right) watches. MDI has been using the Hickory Metro Convention Center as a training site since April.