A Canadian-based plastics and composite parts manufacturer that recently bought a manufacturing plant in Newton plans to invest $7 million in the facility and create almost 50 new jobs.

RMC Advanced Technologies, a subsidiary of NanoXplore headquartered in Montreal, Canada, bought the facility and operations of Continental Structural Plastics in September, according to a press release from the Catawba County Economic Development Corporation. Now the company, which makes parts for industrial and transportation uses, plans to expand and improve the facility and its equipment.

The expansion would create 49 new jobs with an average wage of $44,388, slightly higher than the Catawba County average of $43,133. Hiring for the production, maintenance, quality, management and supply chain logistics positions is expected to start in 2021, the release said.

“RMC Advanced Technologies is extremely excited to have acquired and, in quick order, to be expanding our new Newton operation to better fulfill the needs of our North American customers,” said Ali Karnib, vice president of operations, composite business unit. “We greatly appreciate the support from the state of North Carolina, Catawba County and the city of Newton on this expansion project and we look forward to being an involved corporate citizen in our new community.”

The Catawba County Board of Commissioners and the Newton City Council will consider economic incentives for the project at upcoming meetings, the press release said.

"Catawba County is firmly committed to supporting our manufacturers and our manufacturing workforce,” said Randy Isenhower, chair of the Catawba County Board of Commissioners. “With the expansion of RMC Advanced Technologies, we continue to strengthen our transportation components cluster and create new opportunities to grow our workforce.”

Newton Mayor Eddie Haupt said the company considered putting its new plant in several locations before choosing Newton. “We are delighted they felt the City of Newton and Catawba County offered them the best mix of low business costs, access to key customer supply chains and a skilled manufacturing workforce," he said in the release. "We appreciate their recognition that Newton provides great opportunities through our talented workforce and outstanding utility service. We look forward to growing with RMC Advanced Technologies for many years to come.”

HICKORY — Jessica Allison has joined Realty Executives of Hickory at 785 U.S. 70 SW, where she will specialize in marketing and sales of real …

Fran Paradine and Heather Joyner were searching for a way to take their frozen yogurt business to the next level. Early this year, they found …

Merchants Distributors reported a cluster of COVID-19 cases in Caldwell County on Wednesday, according to a press release from the company.

NEWTON — October recognizes survivors and victims of breast cancer, and Bennett Funeral Service is taking this opportunity to acknowledge and …

NEWTON — Carolina Caring has been recognized for its commitment to employee engagement, transparent communication from leadership, and navigat…

Hickory-based Merchants Distributors, MDI, is planning to expand its facilities in Caldwell County — a project that will be the biggest econom…

HICKORY — The City of Hickory's 2020 Business. Well Crafted. Award winners were announced in a Facebook Live virtual event on Wednesday.

K&W Cafeteria Inc. has committed to selling its assets, including its remaining 18 restaurants, and requested that a bankruptcy judge approve an auction on Dec. 11, if necessary. 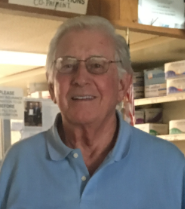 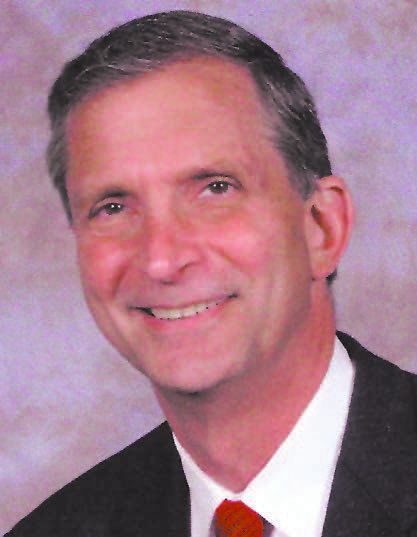