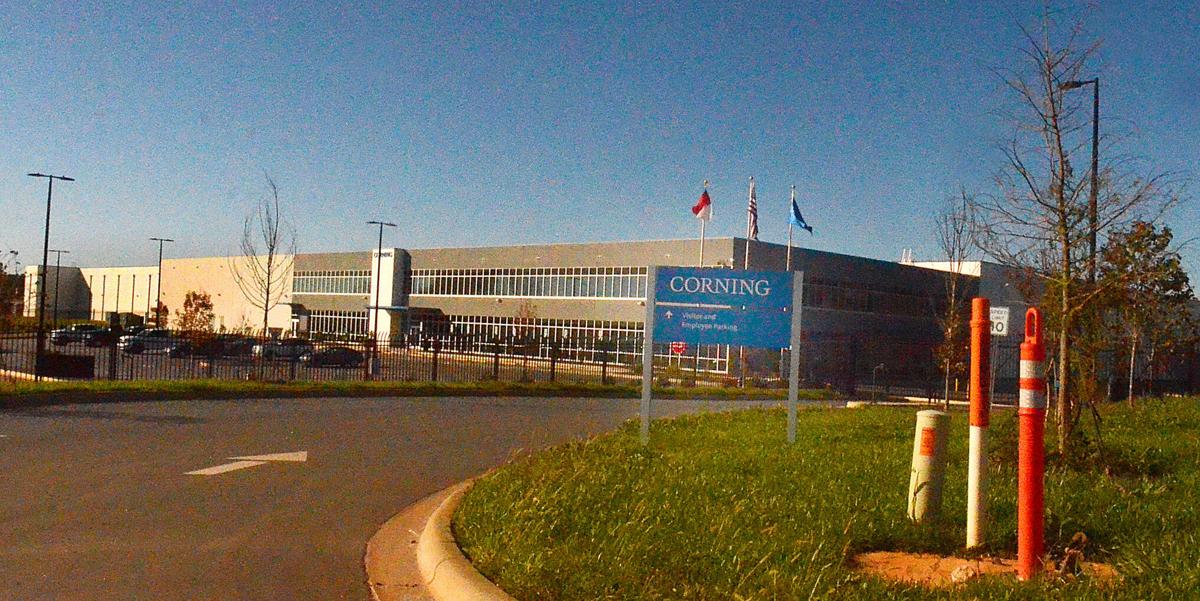 Corning is among the businesses receiving economic incentives from Catawba County.

At the onset of the pandemic, Catawba County Economic Development Corporation President Scott Millar was expecting to hear from the businesses they’ve offer incentives and tax breaks to in exchange for job creation and capital investment. He assumed the pandemic would slow construction or limit company growth, hindering the companies’ ability to meet the terms of their agreements.

Instead, the industrial and manufacturing businesses continued to grow, he said.

“We have not been requested to delay or alter or change any of the requirements (of the incentive contracts) but I'm a little surprised quite frankly,” Millar said

The incentives offered to companies, like property tax breaks and grants from both Catawba County and municipalities, are based on promised investments — whether in construction or equipment — and job creation within a set timeframe. Catawba County currently has 18 active agreements where investment and job creation must be completed by as soon as this fiscal year for one agreement to 2040 for the longest agreement.

A construction timeline in one agreement, offered this year to Cataler North America, was delayed by one year. Millar expects there may be one or two other agreements that may need similar adjustments, but otherwise projects are on track.

Because the incentive projects seem largely unaffected, there is no plan to offer leniency up front as the state did, Millar said. All of the agreements include a clause that allows for leeway in the event of extraordinary circumstances or things beyond anyone’s control — such as a pandemic.

Despite little impact now, if there is a spike in COVID-19 cases that causes another shutdown, possibly longer than before, Millar would expect the incentive programs to see an effect.

Right now, though, the pandemic is disproportionately affecting businesses like hotels, restaurants and other service providers, Millar said. Manufacturers, which are the typical recipient of incentive deals, are still going strong.

“In general those guys are not being hurt as much,” he said. “They’re holding their own. … Obviously there are some who are suffering substantially worse than others and some that are doing really well.”

“We thought things might slow down dramatically but this is as busy as we really can remember it being,” he said. “It makes you think that from a business standpoint that they must not be thinking COVID is a long-term thing.”

This year, the county has approved two new incentive agreements, one to Crate and Barrel and one to Cataler North America, both of which are building  plants in the county. The county is also offering incentives for two speculative building projects that do not yet have a business lined up.

Berry anticipated business could be slowed by supply chain and construction delays. Though they haven’t seen any, the length of the agreements allow plenty of time for the businesses to meet their requirements. If a company does need more time, it’s almost always worth an extension, Berry said.

“You think about how it works, the project takes months to put together, a deal to get approved,” Berry said. “Incentives are paid for a few years, and then those industries are here for generations.”

NEWTON — Dana Ramseur grew up around jewelry. Her grandparents ran Gregory Jewelers in Newton, so she spent many days in their store.

CLAREMONT — Cargo Transporters Inc., a regional and national carrier, announced its 2020 Driver of the Year. The program’s initiative is to re…

Synthetic ice rink: All skate, no melt; it's being constructed at Catawba Farms

Corning is among the businesses receiving economic incentives from Catawba County.